The legal age limit to work in Canada is regulated by many laws. This provision of law applies to Canada citizens, permanent residents, as well as to foreigners who are willing to work in Canada. They aim at encouraging education as it allows young people’s education and welfare to be prioritized before they are being allowed to take jobs from any Canadian employer.

As the minimum age for Canada work permit for foreigners require at least 18 years of age, the minimum age limit for Canadians and permanent residents are mostly different depending on the province or territory. Most Canada provinces or territories have its own employment standards rule. A number of Canadian employers also make use of their own policies as regards to hiring young workers in their business or establishment.

Besides, there are limitations to the type of job that young people under 18 years old are legally-permitted to engage themselves in. The age limit to work in Canada serves as a means of protecting the development of young people, as well as their health and safety. They guide the type of work and allowable work hours that young people in Canada are legally-permitted to do. In most cases, young people who want to start work in Canada require their parent or guardian’s permission to work through a written consent. As a parent or guardian to a child who is about to start work in Canada, it is your responsibility to check if your child will be able to effectively carry out his/her job roles.

Additionally, Canada Labour Code permits young people who are below the age of 17 years to work. This authorization is based on some conditions, which includes;

Minimum age limit to work in Canada provinces or territories

For children who are 18 years old or more in Ontario, it is your right to seek employment from any Ontario employer without being discriminated for your age. Employers who are offenders of this law are entitled to a human rights’ claim. Many Ontario employers or businesses hire young people of at least 14 years of age. Besides, some jobs have a specific minimum age requirement, which applies to young people. The  legal age for young workers was set by Occupational Health and Safety Act (OHSA). For instance,

Age limit to work in Alberta

Young people who want to start work in Alberta needs their parent or guardian’s written consent. Under some conditions, Alberta’s Employment Standards rule permits children who are up to the age of 12 to work. Working under this condition demands the approval of the Director of Labour Standards. The conditions under working in Alberta includes;

The province of British Columbia allows children who are below the age of 12 to work upon authorization by the Director of Labour Standards. They permit young people of up to age 12 and 14 to work with provision of a written consent from their parent or guardian. Moreover, you are not allowed to work during school hours. On non-school days, you are not allowed to work for more than 7 hours. When your school is out of session, you can only work for 35 hours on a weekly basis. British Columbia also permits young people to work during school days for a maximum period of 4 hours per day. Employers of children who are below 12 years old are required to fill out a form of Application of Employer for Child’s Permit of Employment.

On certain occasions, British Columbia allows very young children to partake in a movie role as long as the child is more than 15 years old


The New Brunswick Province of Canada allows young people who are below 14 years old to work at places that are not capable of causing harm or damage to their health, welfare, moral or physical development. This condition is also applicable to young people below 16 years old. Moreover, young people who are below 14 years old are not authorized to work as an elevator operator, in any construction industry, theatre, service station, restaurant, dance hall, industrial setting, hotel, forestry industry, garage, etc. Working in any of these places requires a permit by the Director of Employment Standards. You are also not allowed to work for more than 3 hours per day during school days.

This Canada province has similar rules with the province of New Brunswick as regards to young people who wants to work within the province. It allows young people of less than 14 years of age to work. However, Nova Scotia Province does not authorize children who are below the age of 14 or 16 to work for any forestry industry, industrial setting, etc.

School is prioritized in Quebec till you reach the age of 16. Canadian employers should ensure that the education of their young workers is prioritized when determining their work shifts. The following conditions apply to young people who want to start working in Quebec:

Minimum age to work in Manitoba

Based on certain conditions, Manitoba authorizes young people who are below the age 16 years to work. They need to comply with some conditions, which includes;

Prince Edward is among the Eastern Maritime provinces in Canada. The employment rule of Prince Edward Province permits young people of below 16 years old to work only if they can meet some conditions. Among such condition is that;

At times, the Labour Standards Inspector pardon young people who goes beyond these conditions inasmuch as their school attendance is not affected, and they have the consent of their parent or guardian

FAQs about Acceptable Age Limit to Work in Canada

1. What is a written consent?

A written consent is a letter or document that is usually prepared by the parent or guardian in order to inform the employer of their decision for their child to work in Canada. A written consent should feature;

2. What is the age limit to work according to Canada Labour Code?

3. How old can a child work in Canada?

This depends on your province or territory:

Share
Previous How Does Being Married Affect Your Tax Rate In Canada?
Next New Brunswick Provincial Nominee Program (NBPNP) 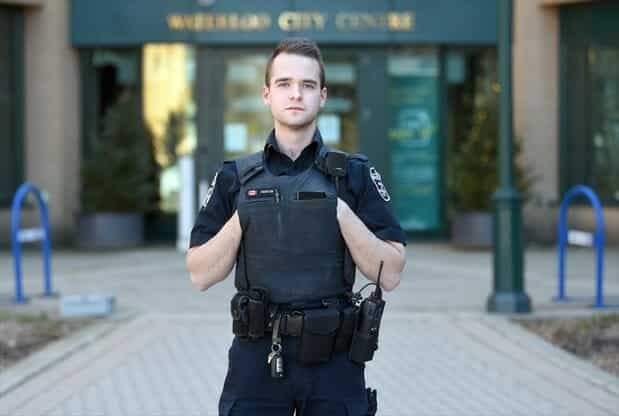 How to Become a Bylaw Officer In Canada in 5 Steps Become a Marriage Commissioner in Canada in 3 Steps