A research conducted by the Canadian Bureau for International Education (CBIE) reveals that Canada is very attractive and a major destination for many international students, due to its standard of education and reputation as a tolerant welcoming society and safe country.

What the research does not capture is how many of its student cities are great for international students to live, work and study in.

One crucial factor that makes this so is the number of foreign students in the province — in short, the more, the more lively.

In terms of the province, government data notes that Ontario hosts almost fifty (50) per cent of the country’s international student population (approximately 307,000 people).

Nova Scotia and Manitoba also have high international student populations on a per capita basis, with some 19,000 foreign students in each province, it said. 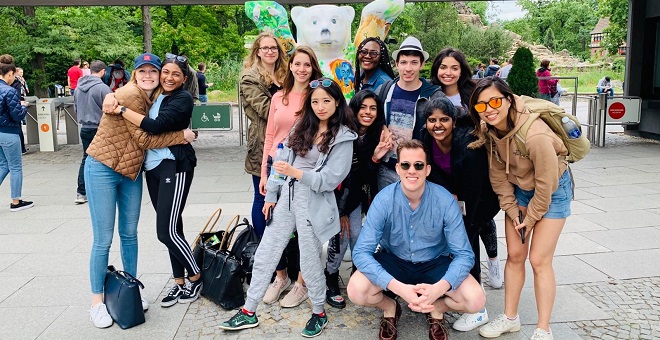 Here below are more details about Canada’s best student cities:

Montreal is the cultural capital of Canada, it is ranked sixth in QS Best Student Cities in 2019.

It is located in the province of Québec and is home to some of the country’s best universities including McGill University and the University of Montreal.

Je Choisis Montréal (I choose Montreal), a campaign by Montréal International, notes that Greater Montréal is known for its low cost of living. Housing is also very affordable compared to the big cities in Europe and North America.

Toronto city is the capital of Ontario province; it is ranked 11th in the QS Best Student Cities in 2019.

“In fact, it has one of the highest scores of any city for desirability (one of the six places assessed), only beaten by Tokyo and Sydney. This reflects both its all-round standerd quality of life and its status as an in-demand destination among international students worldwide,” said QS.

The city is home to the University of Toronto, which is the highest-ranked Canadian university globally (ranked 29th globally). There are many tourist attractions, including the CN Tower and the Royal Ontario Museum.

Vancouver was ranked 16th in the QS Best Student Cities last year. This city in British Columbia is known for its rainy weather and warmer climate.

Two universities in Vancouver are featured in the QS World University Rankings 2020: Simon Fraser University and the University of British Columbia.

Some of the popular tourist attractions include Stanley Park, Capilano Suspension Bridge, and the Dr Sun Yat-Sen Classical Chinese Garden.

Ottawa is located in Ontario and is the administrative capital of Canada. It is ranked 45th in the QS Best Student Cities in 2019.

Ottawa is commonly known as Canada’s safest city, making it a wonderful option for international students. It is also multilingual, with many residents fluent in both French and English.

Ottawa city is home to the Rideau Canal Skateway, which is the world’s biggest skating rink, while the city also hosts the largest Canada Day party in the country each year on July 1.