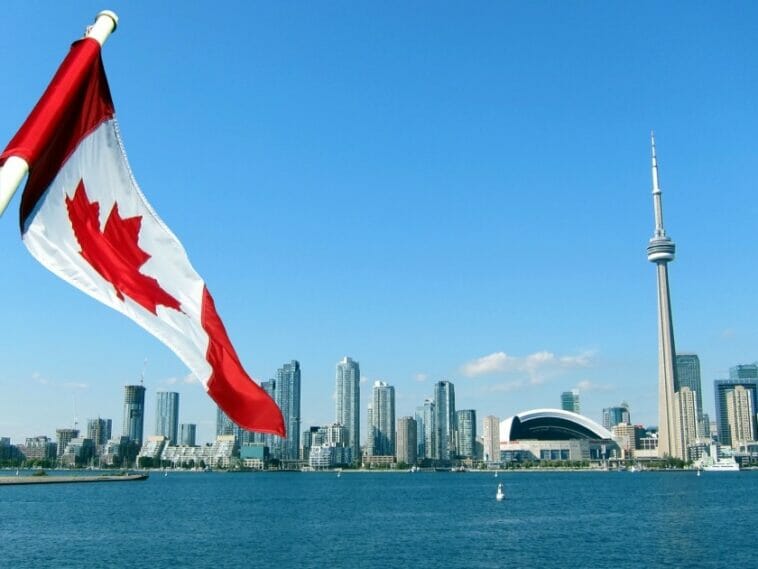 Are you looking to starting a new chapter of your life in Canada? You will be joining the millions of people who choose to immigrate permanently to Canada every year. In this article, we break down Canada’s Provincial Nominee Programs (PNPs), outlining top Provincial Nominee Programs (PNPs) for individuals who want to immigrate to Canada. We’ve also updated top 3 Canadian Territories that offer immigration.

PNPs are an integral part of Canada’s immigration policy, with over 200,000 people expected to obtain Canada PR through a Provincial Nominee Program between 2020 and 2022.

Canada currently has thirteen (13) provinces and territories. Of these, Eleven (11) have active Provincial Nominee Programs (PNPs). These programs allow each of these provinces to select individuals who will meet a unique need held by the province.

But, PNPs are not only about occupations, but there are also PNPs that target immigrants with French-language abilities, or with family ties in the province, or with prior work or education experience in the province.

More importantly, Provincial Nominee Programs (PNPs) are in their own right permanent residence programs. This means that if you can successfully obtain a provincial nomination, you can submit an official application for Canadian permanent resident status.

Some provincial nominees are independent

Not all Provincial Nominee Programs are aligned or linked with Canada’s Express Entry system. If you are nominated through one of these PNP streams, you will receive an extra 600 points added to your Comprehensive Ranking System (CRS) score, allowing you to submit your final Canada PR application and have it processed very quickly. It usually takes about six months.

A Non-Express Entry Provincial Nominee Program usually takes closer to two years to be processed, though it may be possible to obtain a work permit while your application is being processed.

Criteria for Choosing the Best PNP to Immigrate to Canada

There are over 80 active Provincial Nominee Programs, so it can be a bit difficult to figure out the best option for you. But, in order to select the top best options we made a few decisions:

We looked at the best possible options for people who have no work or educational experience in Canada. If you have Canadian work experience or education, you might be eligible for another PNP stream or have another immigration option.

We also included PNPs for business people and entrepreneurs. There are PNP streams for those looking to launch a business in Canada, but these require one to have experience managing a business and upwards investment of CAD$100,000.

Ontario province has one of the most varied and dynamic of Canada’s Provincial Nominee Programs. Graduates, Skilled workers, and businesspeople can plan their immigration to Ontario.

To be eligible under Ontario’s Express Entry streams, you must have received a notification of interest from Ontario and have an up-to-date valid profile with your most current work experience, education and language tests in the federal government’s Express Entry system.

Applicants to the OINP may be in the federal Express Entry pool. The OINP currently includes three Express Entry-aligned streams.

In these cases, an OINP provincial nomination grants the applicant 600 extra Comprehensive Ranking System (CRS) points, with an invitation to follow soon after when Immigration, Refugees and Citizenship Canada (IRCC) hold a draw from the pool.

The Express Entry Human Capital Priorities Stream has proven to be particularly popular since being introduced in 2015. The stream is for skilled workers with the required education, work experience and language proficiency in French or English

There is also a French-Speaking Skilled Worker Stream, for Express Entry candidates with ability in English and French.

In other cases, applicants can arrive in Ontario through the OINP having never gone through the Express Entry system.

The British Columbia Provincial Nominee Program is one of the most varied of all the PNPs, with two broad streams for workers and graduates — Skills Immigration and Express Entry BC.

Skilled Immigration is for skilled and semi-skilled workers in high-demand occupations in British Columbia. It uses a points-based invitation system. The process involves registering and applying online for the BC PNP and a paper application process for permanent residency.

Express Entry BC is a faster way for eligible skilled workers to move to British Columbia. You must also be eligible for a federal economic immigration program. It uses a points-based invitation system and is an entirely web-based registration and application process for both the BC PNP and permanent residency process.

You do not require B.C. work experience. However, you must possess relevant work experience as well as meet other requirements such as education and language proficiency.

Successful candidates under one of these categories obtain an additional 600 Comprehensive Ranking System (CRS) points and an Invitation for permanent residence at a subsequent draw from the pool.

The BC-PNP also offers a Tech Pilot program, introduced in 2017, whereby tech and IT workers may immigrate to British Columbia and obtain Canadian permanent residence.

The Alberta Immigrant Nominee Program (AINP) is operated by the Alberta government in collaboration with the federal government.

The Opportunity stream provides a pathway to Canadian permanent residence for foreign workers working in Alberta, who will require a job offer from an employer in Alberta in order to be eligible.

The Express Entry stream provides a route for Express Entry candidates who Alberta invites to apply to the province. Candidates are invited via their Express Entry accounts with the exact selection criteria not released to the public.

Express Entry candidates who receive a provincial nomination through an Express Entry-linked stream receive an additional 600 Comprehensive Ranking System (CRS) points and an invitation to apply (ITA) for Canadian permanent residence at a subsequent draw from the pool.

The AINP also offers the Self-Employed Farmer stream for experienced farmers with the demonstrated capacity to operate a farm in Alberta.

This Saskatchewan province is looking to welcome Express Entry candidates, as well as workers in in-demand occupations. The province maintains a diverse and active immigration program to respond to and encourage this growth, as categories constantly evolve or are created to respond to labor market needs.

As one of Canada’s Provincial Nominee Programs (PNPs), the SINP offers a variety of categories and sub-categories for prospective immigration candidates.

Most of these operate outside the Express Entry system, meaning an applicant can lodge an application for nomination for PR from the province without creating an Express Entry profile, entering the pool, and awaiting an invitation to apply (ITA) in a draw.

There is also one Express Entry-aligned program, the Saskatchewan International Skilled Worker: Express Entry sub-category, which could lead to that all-important provincial nomination and an additional 600 Comprehensive Ranking System (CRS) points, leading to an invitation in a future Express Entry draw.

If you work in any of the occupations listed on the province’s In-Demand Occupation List, or if you are currently working in Saskatchewan, there may be a sub-category for you.

Saskatchewan immigration authorities also welcome foreign investment to nurture business opportunities in Saskatchewan. If you have a business idea or wish to purchase and expand an existing Saskatchewan business, the Saskatchewan Entrepreneur Program could be the start of an exciting new investment.

A further business option can be found in the Saskatchewan Farm Owner and Operator category, which works closely with farmers abroad who wish to settle in the province and establish a farm.

Through a range of NSNP streams, some of which are aligned with the federal Express Entry system, Nova Scotia targets applicants who have the experience and human capital factors the province needs to build its economy and communities.

The NSNP maintains an active interaction with the federal Express Entry pool, and candidates may have a range of options if they are interested in moving to Nova Scotia.

The Labour Market Priorities Stream is a dynamic and flexible stream that allows the province to select eligible candidates from the Express Entry pool based on the latest labour market needs, and invite them to apply for provincial nomination.

Each invitation round selects candidates in the Express Entry pool with work experience in a particular occupation or occupation. Candidates selected through this stream may count on fruitful career opportunities in the province, as their occupation has been targeted because there is a shortage of that experience and skillset locally.

Operating outside the federal Express Entry system, the NSNP Skilled Worker stream provides a route to permanent resident status for international graduates and foreign workers with a job offer from a Nova Scotia employer.

Elsewhere, the Physician and Labour Market Priorities for Physicians streams welcome individuals in specific medical professions to apply for permanent resident status via both a non-Express Entry and an Express Entry stream that work with local health authorities to fill vacant positions.

Entrepreneurs are highly valued by the province, and the NSNP offers routes to permanent residence for both international graduates in Nova Scotia and experienced business people worldwide through the establishment or purchase of a business in Nova Scotia.

If you want to immigrate to Canada and would consider moving to the province of Prince Edward Island, then the PEI Provincial Nominee Program, commonly known as the PEI PNP, could be the perfect Canadian immigration option for you.

The PEI PNP offers immigration streams for candidates in the government of Canada’s Express Entry pool, as well as skilled workers (currently working in PEI or outside Canada), graduates of local higher education institutions, and business immigrants who want to operate a business in PEI.

Here are some details on those PEI PNP streams, with useful links to criteria and application processes.

The PEI Express Entry stream is a key part of the PEI PNP, notably because nearly any candidate in the Express Entry pool can submit a PEI Expression of Interest. As with all Express Entry-linked PNPs, successful applicants obtain 600 additional Comprehensive Ranking System (CRS) points, resulting in an invitation to apply (ITA) at a subsequent Express Entry draw.

If you graduated from a designated university or college in Prince Edward Island (PEI) and you are currently working in the province, you may be able to apply for Canadian permanent residence through the PEI PNP International Graduate stream, part of the Labour Impact category.

For workers with experience in an in-demand occupation.

For international business applicants who want to invest in and operate a business in PEI.

We hope that some of these immigration programs will help you move to any of Canada’s beautiful provinces or territories. We further advise that you take a free immigration assessment to see what programs you may qualify for. Good luck!