Guide on how to apply for an Israel Permanent Residence Permit

To make Israel your permanent home, you’ll need to apply for a Permanent Residence Permit. This guide will walk you through applying for an Israel Permanent Residence Permit, including what documents you’ll need and how to submit your application. Then, with a little preparation, you can successfully navigate the application process and begin enjoying your new life in Israel.

About Israel’s population and Economy

In the tiny Middle Eastern country of Israel, about 9 million people live within its borders. The population is a mix of Jewish, Muslim, Christian, and Druze residents. The Economy is strong and growing, with the main industries being agriculture, tourism, and high-tech.

The country of Israel is located on the eastern coast of the Mediterranean Sea. Lebanon borders it to the north, Syria to the northeast, Jordan to the east, and Egypt to the southwest. Israel has a total area of 20,770 square kilometers (8,019 square miles).

Israel is a small country in the Middle East with a big impact. With just over 8 million in population, Israel has the highest GDP per capita in the region at $39,125. The country’s economic success is due in part to its highly skilled workforce and its status as a global center for hi-tech innovation.

Israel is also one of the most secure countries in the world. The country’s strong military and intelligence capabilities have effectively defended itself against its much larger neighbors. Moreover, Israel’s unique security situation has made it a key ally of the United States in the region.

This is due in part to the fact that Israel invests heavily in education and health care. For example, Israel has one of the highest ratios of doctors to citizens in the world. In addition, the country has a low unemployment rate and is ranked as one of the most innovative countries in the world.

Israel grants different legal statuses and residence permits for visitors coming to its territory for a short time. Visitors usually receive a tourist visa. Visitors coming to Israel for work or study can obtain a visa to enable them to stay for a longer time, as well as permits for employment in Israel if required.

Alternately, foreigners who wish to settle in Israel need to acquire permanent resident status. Permanent residents in Israel receive many of the same rights as Israeli citizens. For example, they hold an Israeli identification card and are permitted indefinite residence in Israel.

Under the National Insurance Law, they benefit from many social rights, including, among other things, income support and unemployment benefits.

Israel doesn’t allow foreign citizens or permanent residents to enter the election or be elected to the Knesset.

Persons who are in marriage relationships with Israeli nationals are able to access Israeli permanent residency. It is given to allow the couple to live in the country together.

However, obtaining this status is tedious and takes years. The relevant regulations for couples who are married or in a common-law relationship. This includes a graduation procedure in which visas are granted for living in Israel for relatively short periods and must be renewed periodically (usually annually).

At the end of the process, the applicant is granted permanent residency.

An applicant who is a son or a daughter to a parent(s) who is/are an Israeli citizen(s), Here are the required documents:

The information provided here is not fully exhausted, so you must visit the Israeli population and migration site.

To get a comprehensive list of requirements for various statuses of applicants, you can visit here.

Who can apply for Israel permanent residence permit?

In order to apply, the resident must:

The application is being processed as outlined below:

How many years does it take to become a citizen of Israel?

Does Israel give citizenship to foreigners?

If at least one parent is a citizen, foreigners born within the country may naturalize if they have been in the country for three years, have permanent residency, and are capable of speaking Hebrew.

How do you get permanent residency in Israel?

To be considered an Israeli resident, one must pass two tests, verifying the center of his career Objective questions – the most notable place where he is, family, working, and assets in Israel. Subjective queries – the location in the global picture of the personality.

Can I leave Israel after making aliyah?

Am I allowed to leave the country? Yes, you may travel after you make Aliyah, but you must have a passport or a one-time approval from Misrad Hapnim. Find Out How to Get an Israeli Passport.

How easy is it to get Israeli citizenship?

How strong is the Israeli passport?

The 2018 Henley Passport Index ranked the twenty-first Israeli passport in the world by one rank more, becoming tied with the Barbadian and Emirati passports.

Can anyone immigrate to Israel?

While Israel is a western democracy, it is not an immigration country. Therefore, Israel does not have relevant laws and regulations allowing foreigners who wish to enter and settle in Israel the option to do so.

What is an Israel Blue visa?

Those who pass the initial RSD unit interview are granted blue documentation. They are issued a temporary residence permit in Israel until the applicant undergoes a full interview in the SD8 unit, and a decision is reached.

Can I buy land in Israel?

Which foreigners are not allowed in Israel?

There is no definitive answer to this question, as the Israeli government’s policy on who is allowed into the country can change at anytime. However, in the past, Israel has not permitted citizens of countries that it is in a state of war.

This also includes countries with no diplomatic relations (e.g., Sudan, Somalia) to enter.

In conclusion, applying for an Israel Permanent Residence Permit is not overly complicated. Still, a few key steps must be followed. consult with an experienced immigration lawyer to ensure that you are eligible for the program and understand all of the requirements.

Next, gather all of the required documentation and submit your application online. Finally, attend your interview with the Israeli consulate and provide any additional requested information. Guide on how to apply for an Israel Temporary Residence Permit Israel Work Visa – Documentation, Duration and How to apply 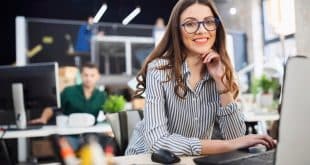