Sherbrooke has some unique features that can only be enjoyed in town.

Therefore, if you are planning to move here as a student, worker, or visitor, you may have to prepare for fun and entertainment, in addition to the main reasons for coming. Full of fertile farmlands, charming towns, ancient ruins, and outdoor expeditions,

Sherbrooke is anxious for immigrants to explore. That’s why we created this article for you to learn everything you need to know about Sherbrooke in terms of living expenses, population, weather, schools, transportation, etc. Get ready to satisfy your curiosity as we begin.

It is a city in the southern part of Quebec, Canada. Sherbrooke is located at the confluence of the San Francis (St. Francis) and Magog rivers in the heart of the Estrie administrative district.

Sherbrooke is also the name of the region that corresponds to the Quebec Census Department (CD), which has the same extent as the local county municipality and the city of Sherbrooke.

Sherbrooke is Estrie’s main economic, political, cultural, and institutional center, known as the Queen of Eastern Townships in the early 20th century. The Sherbrooke area is surrounded by mountains, rivers, and lakes.

There are several ski resorts and various tourist attractions with regional arrangements nearby. Montbellview Park, a large park in the city, is used for skiing.

Cost of living in Sherbrooke

The Cost of Living Index is 46.72% lower in Sherbrooke than in New York. Sherbrooke rents average 86.67% lower than New York rents.

Sherbrooke’s grocery costs are lower than the Canadian average, 10 out of 10. A value of 1 for the cost of food means the highest and a value of 10 means the cheapest. This makes life in Sherbrooke for immigrants an affordable one.

How to immigrate to Sherbrooke

There are many pathways to use to immigrate to Sherbrooke but the two major pathways are; Provincial Nominee Program and Express Entry.

Suggested:  Life in Langley for Immigrants - Guide for Newcomers

This is the best pathway to immigrate to Sherbrooke as long as you meet the requirements for the program.

This program is hosted by the Ontario province for a selected few who may be qualified for immigration.

Here, provinces have the opportunity to nominate candidates who will gain permanent residence with them. But these immigrants will have to live and work in the provinces for a minimum of 2 years, after then they can move to another province.

All you have to do is to sign up for an express entry profile at the Immigration Refugees and Citizenship Canada (IRCC) and join the express entry pool.

In Sherbrooke, summers are comfortable, rainy, partially cloudy, and winters are sub-zero, snowy, and almost cloudy. Throughout the year, temperatures typically fluctuate between 4 ° F and 76 ° F, rarely below 17 ° F or above 84 ° F.

Based on the tourism score, the best time to visit Sherbrooke for warm-weather activities is from late June to early September.

The average temperature in Sherbrooke The warm season lasts 3.9 months from May 23 to September 19, with an average daily maximum temperature of over 22 ° C.

Life in Surrey for Immigrants

How multicultural is Sherbrooke

Sherbrooke, Quebec’s sixth-largest city, is located in the southeastern part of the state. Notable for its proximity to major cities such as Montreal, Quebec City, New York, and Boston. Sherbrooke accounts for 50% of Estrie’s demographic weight and is the center of culture, administration, and institution.

Sherbrooke is rich in cultural diversity, thanks to more than 130 communities. The unique atmosphere of the city is reinforced by the presence of many of these cultures which makes life in Sherbrooke for immigrants so much fun.

Important Note: Sherbrooke is Quebec’s first “merged city” with a policy of welcoming and integrating immigrants.

She is Quebec’s third-largest immigrant center, accepting approximately 15,000 immigrant citizens, 50% of whom are refugees. Elsewhere in the state, the average number of refugees accepted is 10-15%.

Sherbrooke’s journey has never been so easy. Check out the steps to get to each attraction, street, or major public transport stop. View bus and train timetables, arrival times, service notifications, and detailed routes on a map to get an accurate picture of how to get anywhere in Sherbrooke.

After today’s neighborhood communities merged to form a district community in 2002, the offer was expanded to include 32 routes and more than 80 bus fleets throughout the city. STS is owned and operated by the city.

Dining out and nightlife in Sherbrooke

Eating out is usually fun, especially when you’re with family, friends, and colleagues. Dinning out life in Sherbrooke for immigrants is an interesting one with lots of options to enjoy.

Therefore, you can go to one of the following top 20 restaurants in Sherbrooke, Quebec:

Are you thinking about what to do in Sherbrooke?

If you’re an outdoor adventurer who loves to explore the trails, a history lover who loves to dig deeper into how things are made, or if you want to entertain yourself with picturesque street art, living in Sherbrooke is the right thing to do as it will offer you the best of your wishes.

This is why you should be anticipating an interesting journey and life in Sherbrooke.

Fun things to do in Sherbrooke

Sherbrooke is quite a wonderful place to live in for many reasons. The following are some of the fun things to do to keep you going at your leisure in Sherbrooke:

In 1982, local art lovers founded the Sherbrooke Museum. Today, there is a prominent permanent exhibition of works by artists from the eastern community of Quebec.

Visit the gallery and marvel at the art displayed on the three levels. The traveling exhibition will be held on the first two levels, and the third level will be dedicated to artists in the region.

The gallery is housed in a historic 19th-century building in downtown Sherbrooke. The former bank has been converted into an art gallery with more than 4,600 works.

As the economic, cultural, and institutional center of the region, Sherbrooke is also known as the “Queen of Eastern Townships”. And she is a queen with many green spaces surrounded by mountains, lakes, and rivers in the center of the city.

Sherbrooke is a city of historic, cultural, and natural attractions, a great place to go on vacation.

Whether you visit in winter, spring, summer, or autumn, Montbell View Park should have something to do to stimulate adrenaline. The 200-hectare park is the largest in the city, with its highest point reaching 333 meters above sea level. The

Park has approximately 30km of trails for hiking, mountain biking, snowshoeing, and cross-country skiing. You can also tub underwater in the summer and down the hills in the winter.

Skiers and snowboarders should head to Montbell View Park in the winter. If you enjoy hiking and observing wildlife, don’t forget to see beautiful flowers and lots of wildlife in spring and autumn. This makes life in Sherbrooke for immigrants so enjoyable.

This can be done all year round at the Sherbrooke Museum of Natural Sciences. The museum has more than 65,000 objects and specimens that showcase the various flora and fauna of the state.

The museum exhibits fossils of flora and fauna, minerals, scientific instruments, and animal specimens. Archaeological relics are also on display.

In addition to the permanent collection, the Sherbrooke Museum of Natural Sciences also has a temporary exhibit. After exploring the museum, be sure to check out the unique souvenirs at the boutique.

The Granada Theater is now a National Historic Site, but it also hosts shows. Originally built as a movie theater, few movies are shown here today.

Granada Theater opened in 1929. The building was built in Spanish Revival style, and the interior was designed by the renowned local theater decorator Emmanuel Briffa.

The city owns and operates a theater to protect the building and its history. Check the website for the program and buy tickets for the show.

As the cultural center of the region, Sherbrooke has many wonderful festivals. Enjoy the festival at any time of the year.

If you visit in the summer, you should visit Fête du Lac des Nations. This six-day festival is held every July and features music, fireworks, and rides.

At the Festival des Traditional du monde, which is also held in the summer, you can get a glimpse of the cultural diversity of the city. Visit Sherbrooke in the winter and enjoy Carnaval de Sherbrooke.

Is Sherbrooke a safe place to live in?

Sherbrooke, Quebec’s sixth-largest city, is a safe area that provides quality living for its inhabitants. At the confluence of the Magog and San François rivers, it is known for its valleys, rugged landscapes, vibrant sports, and cultural life.

In summary, you can always get what you want in Shirebrook. It is more important to be able to move here and find yourself. Life can never be better than living in a place as wonderful as Sherbrooke. Hope our guide on Life in Sherbrooke for Immigrants was helpful to you. 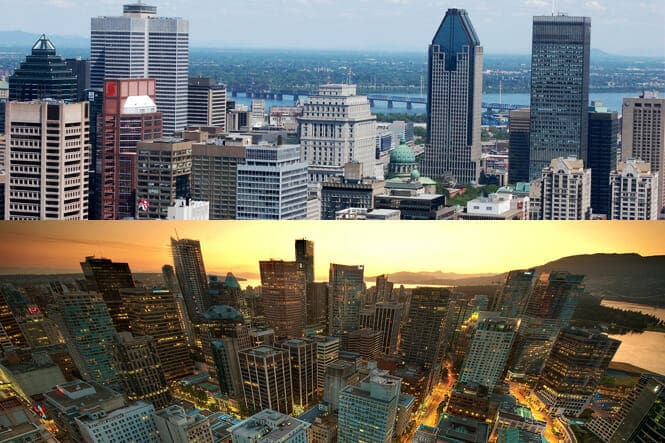