The word ‘LMIA’ is quite popular amongst those who are used to applying to Canada. Thus, If you’ve been looking to work in Canada, you might have come across the phrase “Labour Market Impact Assessment.”

LMIA is a requirement in the application for a Canadian work permit. Unfortunately, quite a great number of people are unaware of what LMIA exactly is and how much of an impact it can have on their eligibility to get a job in Canada, which is why this article will discuss the top in-demand LMIA Jobs in Canada.

Labor Market Impact Assessment, LMIA, is an official document given to employers to indicate that they have been unable to fill significant job positions with Canadian citizens or permanent residents.

Hence a positive LMIA permits Canadian employers to hire skilled and unskilled workers from outside of Canada, provided they are also admissible to enter Canada and are eligible for a work permit.

Notwithstanding the protracting effects of the pandemic restriction on the economy, Canada is bouncing back steadily and making a swift and positive recovery, with more than 84,000 new job opportunities listed in October 2020 alone.

What are the top in-demand LMIA jobs in Canada currently?

Truck drivers earn between $45,825 to $77 903 annually in Canada. The agricultural, oil and gas, minerals and metals, and forestry sectors are some of the key industries in Canada which rely heavily on Canada’s transportation system; with the industries growing at incredible rates, it is little wonder that truck drivers are one of the most in-demand LMIA jobs in Canada today, and will continue to be for some time more.

Almost every province in Canada is in demand of truck drivers; some have even dedicated immigration routes for experienced truck drivers who have Canadian work experience.

By statute and regulations, LMIA is required in order to get a work permit for a truck driver job; however, at the moment, due to the urgent need for workers in specific key sectors, the government has permitted Canadian employers to hire workers without an LMIA to assist in taking the strain off of the economy.

As a foreign worker, you are required to self-isolate for at least two weeks before starting work; this will thereafter be compensated for with $1,500 to sustain you until your first paycheck.

Suggested:  How to Gain Clinical Work Experience in Canada

On average, Farm Supervisors in Canada earn $35,939 to $49,286 yearly. As indicated above, the agricultural sector is one of Canada’s most significant revenue streams; this sector constantly needs both experienced farm laborers and farm supervisors. In addition, Canada’s agricultural industry is also thriving, especially in animal production, grain, horticultural, and aquaculture sectors.

This sector supplies over 2.3 million jobs in Canada, yet the need to fill more positions continues to increase. This accounts for one of the reasons there are so many dedicated immigration streams and pathways for skilled agricultural workers.

Such programs like the Agri-food Pilot, Rural and Northern Immigration Pilot, Atlantic Immigration Pilot, and several PNP streams are all great options, granting applications for permanent residency in Canada, which means you do not need a Canadian work visa. However, you must apply for a work permit in your temporary position.

The minimum salary of Caregivers in Canada is $31,955. Some Caregivers earn up to $58,000 per year in certain cities/provinces. Canada’s aging population and declining birth rates call for more and more caregiver positions, beginning to open up for foreign nationals.

The new caregiver programs permit both home support and childcare workers to life and work in Canada; regardless of your work experience, you can fulfill the necessary education and language requirements and have obtained a valid job offer in Canada.

In addition, upon having at least 24 months of Canadian work experience, you are able to apply for permanent residency.

In Canada, Software Engineers earn between $75,596 to $102,000 on average salary, depending on their employment level, size of their company, and location. Tech jobs in Canada will always be in demand because Canada is widely renowned as one of the frontiers at the forefront of technological innovation.

Canada’s tech sector provides jobs for just about 1 million people in Canada, with cities like Toronto, Vancouver, Montreal, and Ottawa ranking in the top 20 cities for emerging tech talent in North America.

As a software engineer, the best provinces to live and work in Canada would be British Columbia and Alberta. Both indicate software engineers’ positions as an in-demand profession under its provincial nominee programs.

Construction Managers make $92,240 – $142,000 per year, depending on their employment level, size of their company, and location. Therefore, provinces such as Alberta, Manitoba, Ontario, and Saskatchewan offers you a lot of Jobs position and opportunities in construction, particularly in all areas that not only list construction managers as in-demand positions under their LMIA but also in those which have some of the largest development programs planned for the years ahead.

Suggested:  How to Develop Graphic Designer Careers in Canada

As Canada prepares to provide enough accommodation for the 1.23 million people, which will be invited to apply for permanent residency by 2023, new developments will therefore be required predominantly in the residential sectors (close to a third according to statistica.com)

Available salary data indicate that Oil and Gas Drillers earn between $67,394 – $103,594 annually. Natural resources are abundant in Canada, with the mining sector providing over 1.7 million jobs for Canadian citizens, permanent residents, and skilled foreign workers. Canada exports energy resources to 148 countries around the world and has the fourth-largest oil reserves in the world.

Nursing is a lucrative career in Canada; no wonder Nurses make at least $80,126 per year. Senior Nurses earn up to $94,322 in some provinces. The medical sector, not only in Canada but also worldwide, has been under enormous pressure lately; however, Canada, on the other hand, has long needed experienced and qualified healthcare professionals.

General physicians and nurses are top of the list in the medical sector in Canada. More specifically, registered nurses are not only in-demand but are also highly sought-after in Canada.

There is the choice of working for the government or a private healthcare facility, which have great rewards to look forward to, amongst other great benefits. Provinces with Nursing jobs.

Web designers are not only in high demand but their need also is projected to increase as more online platforms are expected to be created in the years to come. Some web designers in cities like Vancouver and Toronto earn up to $80,126 on average salary per year. Canada has recognized the need for qualified tech professionals; therefore, it has created several pathways to find employment in Canada.

Routes like the Global Talent Stream permit fast-tracked work visa processing for specialized professions and highly qualified talent. These could get their work permit in as little as two weeks.

The construction sector is also in need of various laborers, including electricians. As a result, electricians are in demand in the 6 Canadian provinces of Alberta, Ontario, Manitoba, New Brunswick, The Northwest Territories, and Yukon. Qualified electricians earn up to $84,088 per year in Canada.

As an electrician, you can qualify to apply for permanent residency in Canada through such programs as the Federal Trades Program under the Express Entry System, other Provincial Nominee Programs, and the Atlantic Immigration Pilot Program (AIPP).

Suggested:  How to Become a CSIS Agent in 7 Steps

Atlantic Immigration Pilot program could be a great starter for you if you love coastal and small-town living; an employer having an LMIA here is not mandatory, which means faster processing time.

Civil engineering is another profession that is very much in demand in Canada. Therefore, you would not only stand to earn a very attractive pay in addition; you will have even better work benefits, you will also access to enjoy the high quality of living available in Canada as a permanent resident of Canada, with benefits like free healthcare and education for your dependents.

In addition, Civil Engineering is one of the highest-paid jobs in Canada in 2021. Civil Engineers’ average salary currently stood at $66,843 – $102,000 per annum. Civil engineers are very much in demand in provinces like New Brunswick, Manitoba, and Saskatchewan. Top 5 Civil Engineering Programs.

The best thing about having a very skilled and in-demand profession is that you have the opportunity to apply through almost any immigration or visa route so long as you have the required work experience, your qualifications are up to Canadian standards, and you have a good level of English and/or French.

You might not require a job offer, as is the case with programs like the Canada Federal Skilled Worker Program (FSWP) Route under the Express Entry system; nevertheless, this depends on the program you choose to apply through.

Set to Take the Next Step in Your Career?

It is no gainsaying that applying for a Canadian visa or work permit can be quite daunting, confusing, and time-consuming. However, with strict deadlines, requirements, and procedures to adhere to, making a mistake can come easy, and this could cost you your chance to get an LMIA job in Canada.

Nevertheless, the process can be stress-free with the guidance and assistance of knowledgeable Regulated Canadian Immigration Consultants (RCICs). These will provide you with:

FAQs About an LMIA

When do you require an LMIA for Express Entry?

You may not require an LMIA for Express Entry if your current temporary job is LMIA-exempt if it states a specific employer or employers (for skilled trade jobs, at most two employers can make a job offer). Lastly, it is covered by an international agreement such as CUSMA or GATS and non-trade agreements.

In conclusion, if you are looking for an in-demand LMIA job in Canada, these are the top 10 positions you should target. With so many companies looking to hire international employees, there is no shortage of opportunities. So if you have the right skills and want to become a part of a growing company, now is the time to start looking. 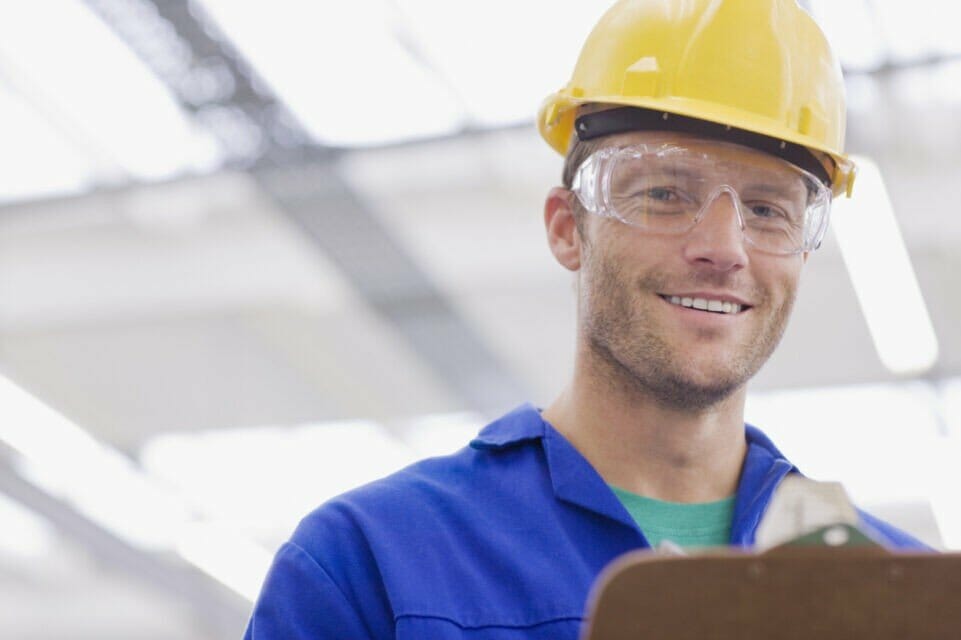 How to Extend or Renew a Work Permit in Canada Become an Interior Designer in Canada in 5 Steps 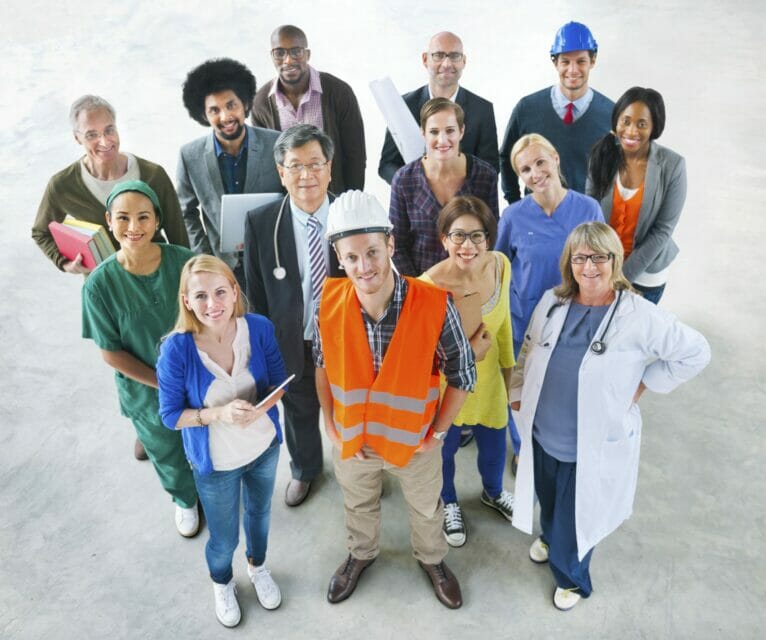 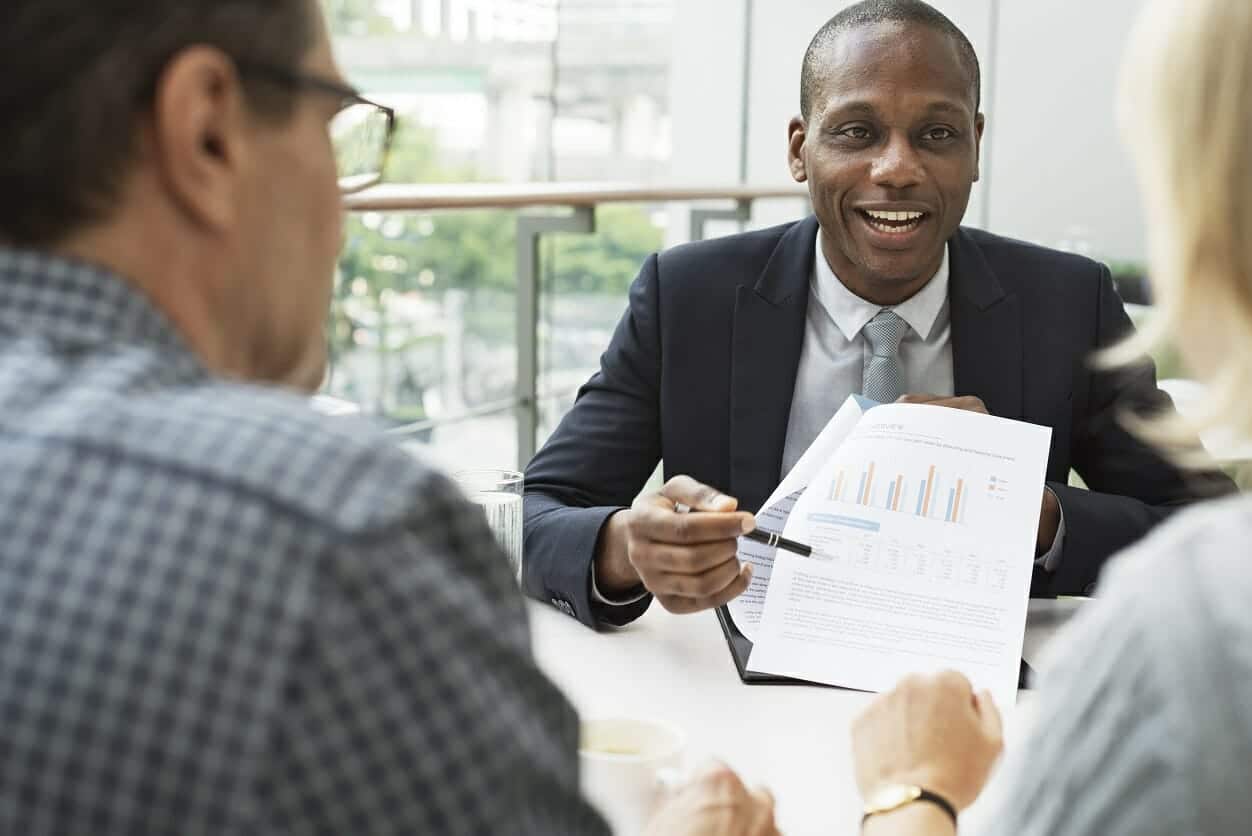 Become an Insurance Broker in Canada in 6 Steps Toronto, Vancouver, Montreal, and Calgary are the most famous cities in Canada. In this article, …