The PNP Draw is a periodic invitation to apply issued to prospective immigrants of Canada, either by the Federal Government through the Express Entry System or the provinces/territory.

The Canada Provincial Nominee Program (PNP) is a popular way for foreigners to obtain Canadian Permanent Residence. The date for PNP draws varies province to province; the Federal government also issues invitations to apply under express entry draw. Therefore, the invitation round is called PNP Draw or Express Entry Draw.

The information on this page is updated regularly; it includes nomination draw results and PNP eligibility criteria for each province of Canada. It will also help you know the next PNP draws that are likely to occur.

What is PNP Draw?

One or more provinces issue invitations every few weeks to apply for their PNP program. These invitations are referred to as “draws.” The provinces of Alberta, British Columbia, Manitoba, New Brunswick, Newfoundland, Nova Scotia, Ontario, Prince Edward Island, Quebec, and Saskatchewan all participate in the PNP.

Which provinces invite immigrants via PNP?

The province of Alberta Provincial Nominee draw takes place regularly. The Alberta PNP program is popular because the province has an economy that is doing well.

The following BC Provincial Nominee Program (BC PNP draw) will likely occur in the coming weeks. This date has yet to be announced. The BC PNP program is popular because of its strong economy and interest in cities in BC. Check back for the result of BC PNP’s latest draw once it is announced.

The next Manitoba Provincial Nominee Program draw will take place in the coming weeks. This date has yet to be announced. The MPNP program is popular because of its strong economy.

Recently, New Brunswick province issued many invitations to apply for their skilled worker stream and the entrepreneur stream of NBPNP.

Newfoundland and Labrador Provincial Nominee draw take place regularly. The Alberta PNP program is popular because the province has an economy that is doing well.

Nova Scotia issued invitations to apply for candidates in their Entrepreneur and Skilled Worker streams.

Ontario is expected to issue many invitations in its upcoming draw. The Ontario program is popular because it offers several streams, including the Express Entry Human Capital Priorities Stream.

Quebec issued invitations to apply for candidates in their Entrepreneur and Self-employed Worker streams. The province is expected to issue more invites soon.

Saskatchewan has issued an invitation round regularly. In addition, the province has several streams, including the Express Entry Occupation In-Demand Stream.

How to check PNP Draw Results

Was there a PNP draw today? The Canada PNP draw is published on our website. Subscribe to our newsletter for updates about the next Alberta PNP Draw, BC PNP Draw, and other provincial nominee draws this year.

Can you predict the date of the next Express Entry PNP?

It is hard to predict the date of the next Canada Express Entry PNP draw. However, we can look at past patterns to understand when the next Canada Immigration draw might occur.

How to receive a PNP invitation

To receive an invitation to apply for a PNP, you must first create an Express Entry profile or apply through the particular province you wish to receive an ITA.

You will be entered into the pool of candidates and assessed against eligibility criteria for one or more programs: Federal Skilled Worker Program, Canadian Experience Class, or Federal Skilled Trades Program. You will also be invited to apply for a provincial nomination if you are eligible.

In conclusion, the Canada Provincial Nominee Program (PNP) has drawn updates to its website, which may interest potential nominees and sponsors. The program provides a way for talented individuals from all provinces and territories to nominate deserving candidates for the position of Member of Parliament. In addition, the PNP is an excellent way to connect with your provincial and territorial counterparts and promote Canadian culture and values. Immigrate to Canada as a Producer, Director or Choreographer 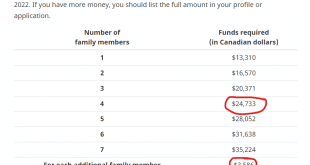 So you would like to know the 9 Reasons why New Canadian Immigrants settle in Toronto, Ontario?  Let’s …