The world’s largest visa-free zone comprises 26 Nations to build a Europe without borders known as “Schengen Area Countries” and to provide unrestricted movement of people.

According to research, 22 of these countries are European Union member states, and four other countries are part of the European Free Trade Association: Norway, Iceland, Switzerland, and Lichtenstein.

In this article, you can find more about the Schengen Zone, the criteria to become a Schengen area country, the participating countries, and the management of internal and external borders, among others.

Presently, the Schengen Zone consists of 26 European countries, of which citizens can move freely within the territory.

Although Liechtenstein was the last country to become a member state, the Schengen Area is open for other countries to join.

However, each potential member state must fulfill some criteria to become a part of the Schengen Area Countries.

The current Schengen Area member states are as follows:

Austria is a German-speaking country with approximately 8.95 million inhabitants in Central Europe. It is one of the world’s richest and most powerful countries by per capita GDP.

The country shares its border with five countries: the Czech Republic to the north, Slovakia and Hungary to the east, Italy to the south, and Switzerland to the west.

Furthermore, the German-speaking country of Austria has an area of 83,871km2 in the old continent of Europe.

Belgium is located in the west of Europe. It borders the Netherlands to the north, to the east by Germany and the Grand Duchy of Luxembourg, and to the south and the west by France.

Although its surface area of 30,688 km2 makes it a small country, its location has made it the economic and urban nerve center of Europe.

In addition, the country shares a border with the Netherlands, Germany, the Grand Duchy of Luxembourg, and France.

Belgium is one of the five first countries that signed the Schengen agreement on June 14, 1985, and started its implementation on March 26, 1995.

The country has a population of 10.56 million people. It shares a border with Poland to the north, Germany to the west, Austria to the south, and Slovakia to the east.

The Czech Republic includes the historical territories of Bohemia and Moravia and a small part of Silesia.

Denmark is located in northern Europe. It is a small country with a population of approximately 6 million. It is one of the three Scandinavian countries and shares a border with Germany.

Copenhagen, its capital, is home to royal palaces, the colorful Nyhavn harbor, the Tivoli amusement park, and the iconic “Little Mermaid” statue.

In addition, the welfare system in the country aims to ensure economic equality in society, virtually no corruption, and low crime rates.

Estonia, a country in Northern Europe, borders the Baltic Sea and the Gulf of Finland. Including more than 1,500 islands, its diverse terrain spans rocky beaches, old-growth forests, and many lakes.

Its capital Tallinn is known for its old town, museums, and the 314m-high Tallinn TV Tower, which has an observation deck.

With an area of 45,338 km and over 1 million residents, it is one of Europe’s least crowded countries.

In addition, this flatland country also consists of over two thousand islands and islets in the Baltic Sea.

The Republic of Finland borders Norway, Sweden, and Russia. It is famous for its educational system and is one of the safest and most eco-friendly countries.

With an area of 338,145 km2 and over 5 million residents, it populates the happiest country in the world.

France, the largest country in Western Europe, has long been a gateway between the continent’s northern and southern regions.

It is home to 64,720,690 residents, who move freely within the country without restriction since it was one of the founding countries of the Schengen Area in 1985.

Germany is located in Western and Central Europe, with Denmark bordering the north and Poland and the Czech Republic to the east.

In addition, Germany has a land area of 357,022 km², which makes Germany the seventh-largest country in Europe.

Germany has a population of over 83 million people. The capital and largest city are Berlin, with about 3.3 million inhabitants.

The official language is German. However, more than 50% of Germans speak English as a second language.

Greece is located at the crossroads of Europe, Asia, and Africa. The country shares land borders with Albania, North Macedonia, Bulgaria, and Turkey.

The country has a unique cultural heritage, beautiful islands, and beaches, which makes it a favorite destination for many travelers.

Despite that, Greece signed the Schengen agreement on November 6, 1992, and implementation on January 1 1, 2000. However, its neighbors still need to join the Schengen Area Countries.

Located in Central Europe, Hungary has an area of 93,030 km² and is home to over 9 million residents. It borders Slovakia, Austria, Romania, Croatia, and Slovenia.

Regarding tourism, Hungary is one of Europe’s main medical tourism destinations. Dental tourism alone has a share of 42% in Europe and 21% worldwide.

Iceland is an isolated island in the North Atlantic Ocean, also known as the land of Ice and Fire. The country has an area of 103,000 km².

Furthermore, the country has over 4,000 residents, and two-thirds of its indigenes reside in the capital of Reykjavik and the surrounding area.

Ecotourism and whale watching are amongst the top tourist attractions in Iceland. The country signed the Schengen agreement on December 19, 1996, and later replaced the first agreement on May 19, 1999.

The sovereign state of the Italian Republic is located in the heart of the Mediterranean Sea.

It has an area of 301,318km² and shares a border with France, Switzerland, Austria, Slovenia, San Marino, and Vatican City.

With over 60 million people, it is the fourth most populous European Union member.

In addition, Italy has a rich history and many cultural attractions making it one of the top destinations in Europe.

The Republic of Latvia shares borders with Estonia, Lithuania, Russia, and Belarus. The 64,589km² country has a population of over 2 million inhabitants.

Its capital, Riga, is known for its architecture, multicultural heritage, and Old Town, a UNESCO World Heritage Site.

Suggested:  How to Complete a Schengen Visa Application Form

Liechtenstein is a German-speaking microstate in Central Europe. It has a land area of 160km² with over 38 thousand residents, which makes it the fourth smallest European country.

In addition, Liechtenstein shares borders with Switzerland to the west and south and Austria to the east. The country is mainly mountainous, thus an alluring winter sports destination.

Liechtenstein is the last country to join the border-free Schengen area after signing the agreement.

The 65,300km² country shares a border with Latvia, Belarus, Poland, and Kaliningrad. It has a population of over 3 million residents and uses EUR as its currency.

According to research, Lithuanian is one of the oldest languages in the world today.

Luxembourg is a country of 2,586km² and has a population of over 500 thousand residents.

It is one of the founding states of the Schengen agreement, which was signed on June 14, 1985, in the village of Schengen in Luxembourg.

Its capital, Luxembourg City, is one of the three official capitals of the European Union.

In addition, Luxembourg is the second richest country in the world. It has the highest minimum wage in the EU and is also one of the safest countries in the world.

The Southern European island consists of an archipelago in the Mediterranean Sea, with a land area of 316 km² and a population of over 5000 residents.

In tourism, the country gains popularity from its sun, sea, and beaches.

However, some of its most alluring destinations for travelers are also ancient wonders such as the 5,000 years old Hagar Qim or the 4,000 years old Hal Saflieni Hypogeum.

The Netherlands consists of twelve provinces. The country borders Germany to the east, Belgium to the south, and the North Sea to the northwest.

It has an area of 41,526 km² and over 17 million residents. The country gains popularity from the colorful tulips, numerous windmills, and delicious cheese.

The land of the midnight sun, Norway, has an area of 385,155 km². It has a population of over 6 million people. It shares a border with Finland, Skagerrak Strait, and Denmark.

However, the country attracts visitors mainly because of its stunning fjords and its Viking heritage.

Poland is an EU country in Central Europe. The country has 16 administrative subdivisions and a land area of 312,684km².

With a population of 38 million residents, the country shares borderlands with Germany, Russia, Lithuania, Ukraine, Slovakia, the Czech Republic, and Belarus.

Poland’s most famous cities are Warsaw, the medieval town of Malbork, Lublin, Torun, Krakow, and Poznan.

The westernmost European country, Portugal, shares borderland only with Spain to the north and east. It has an area of 92,391km² and over 10 million residents.

Portugal is the oldest state on the Iberian Peninsula and one of the oldest in Europe. The most famous cities are Lisbon’s capital and Madeira’s subtropical island.

Slovakia is a country located in Central Europe. It has a land area of 49,037km². Also, its 5 million residents speak the Slovak language.

The country shares borders in the north with Poland, Ukraine to the east, the Czech Republic to the west, Hungary to the south, and Austria to the southwest.

Slovenia has an area of 20,273 km² and a population of 2 million. It shares a border with Italy, Austria, Hungary, and Croatia.

After Liechtenstein, Luxembourg, and Malta, Slovenia is the smallest Schengen state.

Spain has a land area of 510,000 km² and shares land borders with France, Andorra, and the Bay of Biscay, Portugal.

It is the second-largest country in the EU bloc, with over 46 million residents.

The Spanish cities, Madrid and Barcelona, are some of the cities that allure most foreign visitors in Europe.

More so, Bullfights, the La Tomatina festival, and Ibiza’s Parties are among the best outdoor programs in Spain.

Sweden is a Scandinavian country located in Northern Europe. It has an area of 449,964km² and shares land borders with Norway and Finland.

The country connects with Denmark by a bridge-tunnel across the Öresund, a strait at the Swedish-Danish border.

Switzerland is a mountainous Central European country, home to numerous lakes, villages, and the high peaks of the Alps.

The country has one of the most powerful European economies, and its 9 million citizens have one of the highest living standards in the world.

Characteristics of the Schengen Zone

The Schengen Area countries would only be able to function correctly if they had rules and laws which regulate all aspects, including traveling and security.

The fundamental characteristics of the Schengen area are as follows:

Many European countries are determined to join the Schengen Area Countries, but only some can do this immediately.

In place of this, there are some pre-conditions or criteria that countries willing to join must have to deal with, such as:

What is the difference between the EU and Schengen?

The EU is a political and economic union, whereas the Schengen Area allows for the free movement of people between the participating countries.

Which are the Non-Schengen Countries in Europe?

The European countries not part of the Schengen area include Albania, Andora, Armenia, Azerbaijan, Belarus, Bosnia & Herzegovina, and Croatia, among others.

Is the UK part of the Schengen Area?

No. The United Kingdom is not part of the Schengen zone; therefore, you cannot enter the UK with a Schengen visa.

What does Schengen mean?

Schengen is an agreement between many countries of the European Union that allows people and goods to pass freely across the borders of each country without a passport or other controls.

Can I travel within the Schengen Area Countries with a residence permit?

The residence permit allows you to travel throughout the Schengen Area without additional documents.

Before joining the visa-free area, the prospective country is prone to a Schengen Evaluation. Afterward, a member country undergoes a periodical evaluation to ensure the appropriate application of Schengen rules. How to Complete a Schengen Visa Application Form 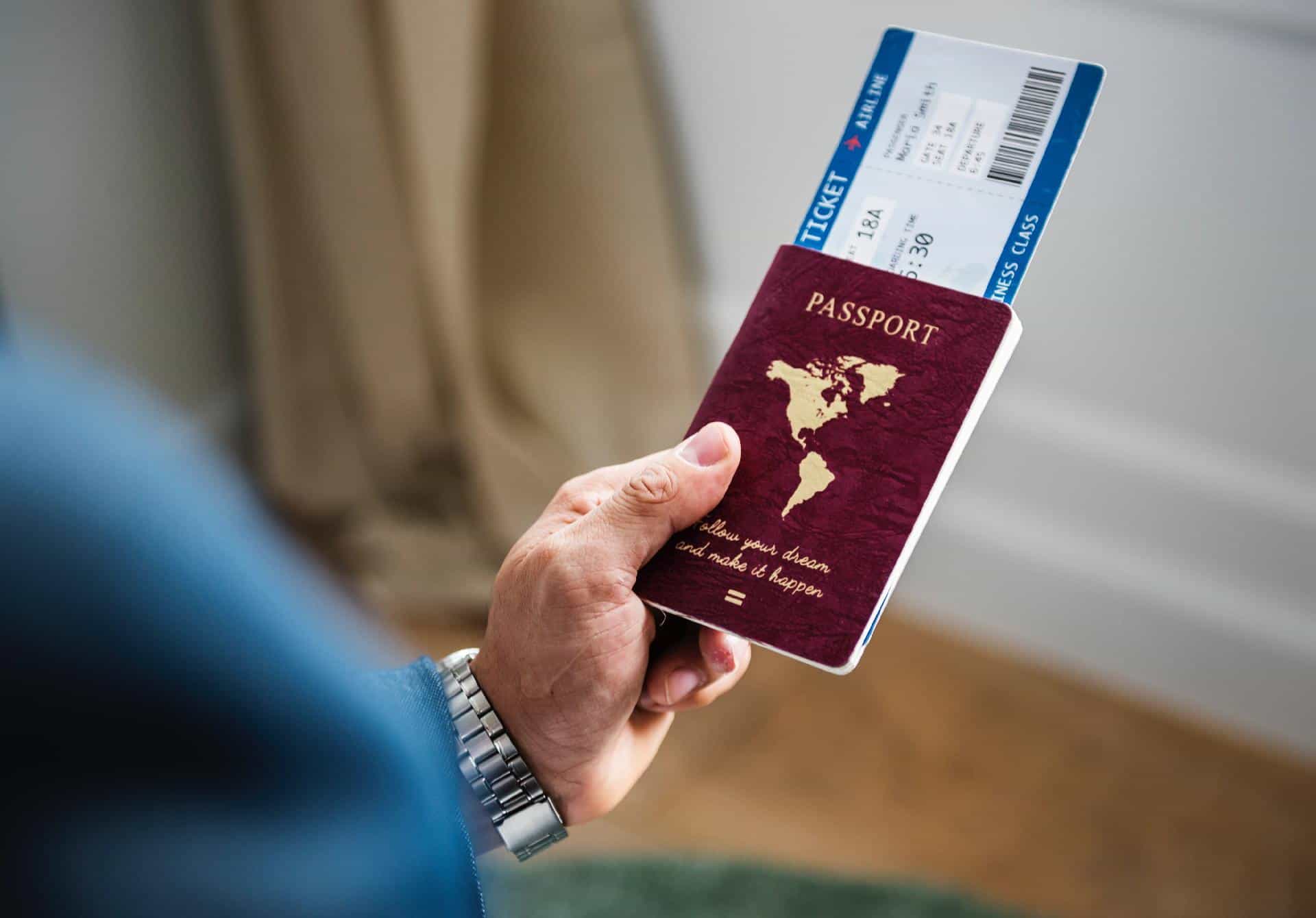 Travel Insurance for Schengen Visa – How to apply 15 Fun Things to do in Clarington – For Singles, Couples and Family

Indeed, the best things to do in Clarington, Ontario, are all about indulging. Every year …