Study at Yale University With Scholarships for International Students

Updated July, 2020: Yale University Scholarships are available to both international students and national students. This is one of the best universities in the United States and is part of the Ivy League schools.

The Ivy League schools are synonymous with prestige and academic excellence. It is a dream of many high school students to pursue a degree at one of those universities because studying at Ivy League schools is a guaranteed success.

The institution was established in 1702 and located at New Haven, Connecticut. Yale University is the third oldest university in United States. Originally, it was founded as a school in order to educate the clergy but was later changed to teach many other fields of study. In recent years, many students have graduated from Yale including the US Presidents, Supreme Court Justice, Noble Laureates as well as Rhodes Scholars.

As a result of this, the university is committed to not letting an applicant’s finances become a hindrance in attending Yale University. The institution award scholarships to cover 100% of the financial need demonstrated by the family. To determine your scholarship amount, the university takes into account your parent’s income, assets and finances.

Yale University is ranked very high as a result of its high quality education and academic excellence. It is ranked 15th in the world by the Top Universities and 3rd in the US by the US News. This shouldn’t be a surprise, with the institution’s excellent academic standard and its very high prestigious state, this is to be expected.

The Common Application is usually available during the summer period. You are also required to file CSS Profile as well as Tax Return of your parents for income verification. For more details, Visit ” How to File CSS Profile” on the school website. 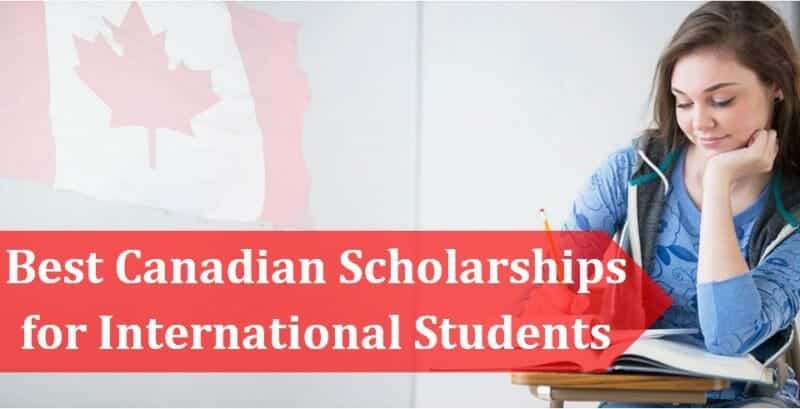 How to get scholarships in Canada for International Students