Cape Verde is the westernmost nation in West Africa, with ten islands, each one unique and unforgettable. It has a current population of about 570,000 people, and 70% are of African/European descent. The official language of Capo Verde is Portuguese, but the natives speak more Creole, with the dialect differing from island to island. The schools teach English as a foreign language, so you can be sure that communication will not be a problem when you visit Cape Verde.

Although the general opinion is that Cape Verde is an emerging country by certain standards, the Cape Verdeans are proud of their heritage and how far they’ve come. It is important to note that Cape Verde ranks on the list for quality of life in West Africa. To learn more about this beautiful country, here’s the following article – Visit Cape Verde – Places, Culture, Arts and Exhibitions.

The islands of Cape Verde were once under the authority of the Portuguese until they gained their independence in 1975.

In the second half of the 20th century, the country witnessed a prolonged shortage of water supply leading to drought. The result was a mass emigration of Cape Verdeans; even now, about 700,000 of its population live abroad. Consequently, Cape Verde has more foreign nationals than natives.

Places to visit in Cape Verde

Cape Verde comprises ten islands, and all are inhabited except one. Each island is unique and offers unforgettable experiences for tourists and visitors alike.

The island once prospered as a primary salt market, where it got its name. You can still find the salt mines of Pedra de Lume, one of the attractions on the island.

You will be lucky to catch the ‘Fata Morgana’ (Mirage) north of Sal. This mirage creates an illusion of a desert lake when hot light rays hit the ground, reflecting faraway objects and the sky.

Visit the Buracona – the blue eye cave. This cave, with a depth of 24 meters, has a natural swimming pool with a steady supply of seawater from a natural tunnel. If you happen to be at Buracona between 11 am and 1 pm, you will catch the phenomenon of the sun reaching the center of the sky and lighting up the bottom of the cave to create a stunning reflection that appears like a Blue Eye.

Boa Vista has the most beautiful beaches in Cape Verde. Varandinha Beach has the strangest caves and rock formations that are worth seeing. On the beaches, you can find turtles, dolphins, whales, marlins, and harmless sharks.

Visit the Boa Esperance beach to get a glimpse of the shipwreck that has become the island’s symbol.

This is where you’ll find Praia – the capital of Cape Verde. Santiago is known for its lovely nightlife. The various mountainous peaks of the island reflect its volcanic origin. It would be best to visit the palm beach of Tarrafal or the colorful African market in Assomada. If you can stretch your visit to Cape Verde a bit, then you should see the cities of Praia and Cidade Velha, with their colonial buildings.

Fogo island is known for much more than its volcanoes. You can find tasty local coffee and wine brewed on Fogo island. If you want to visit the ruins of a volcanic eruption, there is one of the isles. The village of Cha das Caldeiras was ruined in 2014 by a volcanic eruption.

Beautiful British and Portuguese colonial-style buildings converge along a slopy hill leading up to a Baroque church in Maio. North of Maio, you will find a beautiful lagoon stretching up to 5 km and surrounded by greenery.

The beaches of Miao are a favorite of turtles and rare species of sea birds.

The island has a rich tradition of music, art, and vibrant nightlife. In Mindelo, you will find Laginha Beach, known for its bay of white sand, and Kalimba, the excellent beach bar. Another beach worth visiting is São Pedro – one of the best beaches in the world for speed windsurfing.

Have you ever seen towns hanging from cliffs? You’ll find lots of them in Santo Antão. Unlike its beachy neighbors that tourists readily prefer, Santo Antão is mostly undiscovered and mountainous, with contrasting lush valleys and bare landscapes. Hikers would love to climb the mountains to get a panoramic view of the island, with its villages appearing too deep into the valley or too high on the mountains.

The island is tiny, with beautiful landscapes and molten rocks buried underneath the sea. If you want to experience Brava, you can take a hike to the Pico of Fontainhas – the highest mountain peak in Brava. You can also visit Faja d’Agua – one of the most beautiful bays in Cape Verde.

The island of São Nicolau looks uninteresting with a mountainous terrain until one steps into its capital – Riviera Brava – a picturesque colonial town with spectacular architecture and lovely gardens.

The last of the Cape Verde islands, Santa Luzia, is uninhabited, with beaches and mounds of sand formed by the wind. Environmentalists like to visit the island because of the natural reserve but will have to get permission from the authorities to do so.

Cultures, Arts, and Exhibitions to visit in Cape Verde

Cape Verde is a success story today because, despite its complex past, the nation has managed to give its people a better quality of life. This success results from the historical influences of Cape Verde’s diverse cultures and famous festivals. Cape Verdeans have known pain and despair and appreciate the need to celebrate life, hence, the island country’s many arts, musical and cultural exhibitions.

The carnival held on Shrove Tuesday (before Ash Wednesday) is just like the carnivals of Brazil, with a mixture of Portuguese to reflect their shared history. In some parts of the island, the festival starts as early as 9 am, with parade competitions between different groups in colorful costumes. The event continues for the rest of the day until late into the evening, spilling over to the next day.

This music festival takes place every August when there is a full moon. It is usually a long weekend of music and dance bands featuring artists and visitors from different islands.

It is also known as Municipality Day and is held to celebrate Sal’s patron saint. This festival takes place over the weekend in September. It is held on the sandy beach of Santa Maria and features local bands and singers. The natives set up bonfires and camp out at night, sharing jokes and laughter.

Also known as Our Lady of Pity, this event takes place in the middle of August. It starts with a morning Mass at the Catholic Church in Santa Maria, followed by processions and music, and ends at the beach with music and swimming contests.

This is the Municipality Day celebration of Boa Vista Island. Santa Isabel is the island’s patron saint and is celebrated every 4th of July with morning Mass, followed by processions, swimming, horse racing, and a public ball.

May is an exciting month in Santiago as this festival which is probably the biggest music festival in Cape Verde, features foreign musicians. The festival is held in the bay of San Francisco. The party lasts about three days, with plenty of Latino music and salsa to dance to.

What activities are available in Cape Verde?

There’s a lot to keep you busy in Cape Verde, and most are water-based activities like swimming. Surfing, kiteboarding, fishing, and boating. Others are hiking, strolling, island hopping, and dancing to live music.

Is Cape Verde an excellent place to spend the summer?

Surprisingly, summer is the low season in Cape Verde. That’s because it’s never icy in Cape Verde, and tourists know that the weather is always warm throughout the year. So in summer, people prefer to go to other countries, returning to Cape Verde when it’s winter in those countries. The good thing is that airfare is cheaper in the summer, and the islands are less crowded.

When is the best time to visit Cape Verde?

Because of the constant warm weather, you can visit Cape Verde at any time of the year. However, if you want to see the best of this island country, you should visit from September to February. Now, plants and flowers start to grow after a bit of rainfall, and the islands are breathtaking.

Is it safe in Cape Verde?

Visit the official website of Cape Verde for more about the island country.

Are there international airports in Cape Verde?

There are about seven airports in Cape Verde, and except for Brava, Santo Antão, and Santa Luzia, every island has a domestic airport. You will likely land at the Amílcar Cabral International Airport when you visit Cape Verde. It dispatches flights to 28 destinations in 13 countries and receives national carriers such as Binter Canarias (Canary Islands); Neos Air (Italy); Meridiana (Italy); Royal Air Maroc (Morocco), and Luxair (Luxembourg), among others.

Imagine a country where you can dance to the sound of Kizomba, Morna, Batuku, and Funana, where you can drink grogue – alcohol made from sugar cane and rum. Imagine a country where you can eat the freshest tuna, lobster, and octopus. Such a place is Cape Verde. There’s so much yet to be written about this beautiful island country in West Africa. Cape Verde may not be perfect, but it’s just what you need for a tourist destination. Visit Cape Verde today, and enjoy the Places, Culture, Arts, and Exhibitions that make it unique.

Here are other interesting articles from WorkStudyVisa.com

Share
Previous Benin Visa Requirements – Application, Types, and  Documentation
Next Steps on how to apply for a UAE Visa Cancellation 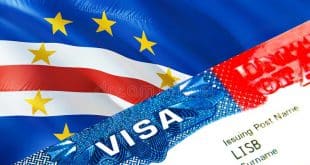