Visit Croatia – A Guide To Top Must-See Places And Landmarks

It’s not just about visiting Croatia. It’s about knowing what makes the country unique. To visit Croatia, you need a comprehensive guide about top must-see places and landmarks that will make your experience memorable.

Croatia opens its arms to visitors from all around the world every day. In Croatia, the fun never stops, even when night comes. People love to visit Croatia because of its many beaches and islands, the mountains and islands, and the friendly people.

Visit Croatia today, but first, learn about the country. You need to know about the sights and sounds of Croatia. There are famous and not-so-popular places to visit. Find out more about Croatia in this article.

The Republic of Croatia is a place to visit, a country on the edge of the Balkan Peninsula in the southern part of Europe. Croatia shares borders with Hungary, Montenegro, Serbia, Bosnia, Herzegovina, and Slovenia. And if you stand on the mountain ranges of Velebit, you can see Italy!

The country is divided into four historical regions – Croatia Proper, Dalmatia, Istria, and Slavonia. They are broken into smaller areas and form about 20 counties and 128 states. Croatia has more than 1,200 islands and numerous little towns and villages, making it a tourist’s dream.

What is Croatia known for?

There are lots of reasons why Croatia is famous, but here are the best three:

Why Should You Visit Croatia?

Although there are many reasons to visit Croatia, these are the top 5:

1. Croatia has clean, fresh water. It’s so clean that you can drink water straight from the source.

2. It is a safe country for everyone. Children and adults stay out late with no worries about anything terrible happening to them. There are hardly any reports of robberies and domestic violence. This is because hardly any crime takes place in Croatia.

3. Relaxed way of life. Coffee breaks are traditional in Croatia and are mostly spent with family and friends. If the men are not drinking coffee, they’re having a beer with their friends and watching football games. The women enjoy some free time shopping together.

4. Family Traditions. Croatians like to celebrate holidays and birthdays with family and friends. They are mostly Catholics, so you will be sure that Christmas and Easter celebrations will be strictly adhered to.

5. Croatians are quite friendly. In fact, they like to chatter, especially if they like you. They will most definitely entertain you with coffee and a good meal at their family table if you visit their home.

It isn’t easy to decide which places to rank as the top 7 must-see places in Croatia. This is because there are so many beautiful and unique places to see in Croatia. If you plan to spend a long time in the country, there would not be time enough to take in the beauty of nature at its peak. Here’s a list of top must-see places to visit in Croatia:

The Plitvice National Park is a UNESCO Heritage Site between the cities of Zadar and Zagreb. Because of its 90 waterfalls and 16 lakes connected, summers are always packed with visitors. Unfortunately, summer is not a good time if you’re hoping to stand long enough to appreciate nature and probably take a few pictures.

Spring and autumn are best because the water levels will be high, and the waterfalls and streams will be at their peak. Also, there won’t be many people around, and the leaves start changing color at this time. During winter, the snow makes the waterfalls look like scenes from a fairy tale.

#2. The City of Dubrovnik

There’s no city like Dubrovnik in the whole world! Not only is it a UNESCO Heritage Site, but it’s a well-preserved city with so many museums and monasteries. Indeed, Dubrovnik is usually overcrowded in July and August. Still, it’s a place where you can never be lonely alone. The city is enclosed by walls, and you can find people walking on these walls, maybe to avoid the human traffic or just for fun.

Suggested:  Croatia Visa Fees - Who can apply and exemptions?

The Episcopal Complex of the Euphrasian Basilica is in the small town of Porec, on the west coast of Istria. It houses a church, baptistery, memorial chapel, a Bishop’s house, and an atrium. The complex is why Porec is known as the “Town of Mosaics.”

In Porec, you’ll find beaches like Pical Beach and Delfin Beach, among others. Some popular events in Porec are cycling and swimming competitions, as well as Jazz events in some of its neighborhoods. The best time to visit Porec is between May and October.

4b. You will see a Bell Tower at St. Dominus Cathedral. People pay a fee of 45 Kn to walk through the narrow staircase and take in the scenery from the top of the cathedral.

If you feel up to it, you can also go scuba diving in the waters where Baron Gautsch sank in 1914.

The town of Stari Grad is on the island of Hvar. It boasts of the agricultural landscape that the people of Hvar are known for. The dry stone walls of Hvar are built without cement and are still intact from ancient times. Farmers in the 4th century used these dry stone walls to divide their lands and build shelters.

7a. Upper Town. There are lots of exciting activities in Croatia’s capital. When you visit Croatia, you can spend a whole day strolling through Upper Town and still not get enough of this beautiful and serene area. Upper Town is famous for its secret passages, art galleries, and fun bars.

7b. Downtown. The Jelacic Square Downtown connects the different neighborhoods of Zagreb. The skyscraper at No.1 Illica Street will give you a complete view of the city, and at the Mandusevac fountain, you will make a wish.

7c. Another place you cannot miss is the Museum of Broken Relationships. It’s a funny name for a museum, but it’s precisely what it’s called. All the items kept at the museum are souvenirs of broken relationships. People pay to listen to the stories accompanying each item, and it takes about an hour to move through the museum.

The best time to visit Croatia is between June and September because the weather is usually lovely at this time. However, it would be good to skip August because this is when Croatia is busiest, and prices are highest.

What languages do Croatians speak?

More than 95% of the Croatian population speaks the Croatian language. Other languages include Serbian, Italian, and Hungarian,

About 80% of the population speak English as a foreign language.

Is Croatia a Schengen Country?

Does Croatia Have an International Airport?

There are about seven large international airports in Croatia, and there are direct flights from most European countries and other parts of the world. For instance, national carriers like Lufthansa, KLM, Air France, and British Airways, among others, offer direct flights to Croatia.

What is the Croatian Currency?

What is The Current Population of Croatia?

Currently, about 4,059,286 people are living in the country. In 2021, the Croatian population was 4,081,651 while in 2019 it was 4,105,267. There is a noticeable decline in population. Still, it may be because Croatia has witnessed a low birth rate in the past few years. However, Croatia will soon join the Schengen member countries, boosting its population and economy. Read more about Croatia here.

A lot is going on in Croatia, and it’s all waiting for you to discover. So, the best thing to do is to experience all the regions of Croatia. Taste their cuisine, try and learn their language, and make friends with the natives. Visit Croatia today. You’ll probably never want to leave afterward. Croatia Residence Permit – How to become a Croatian Citizen 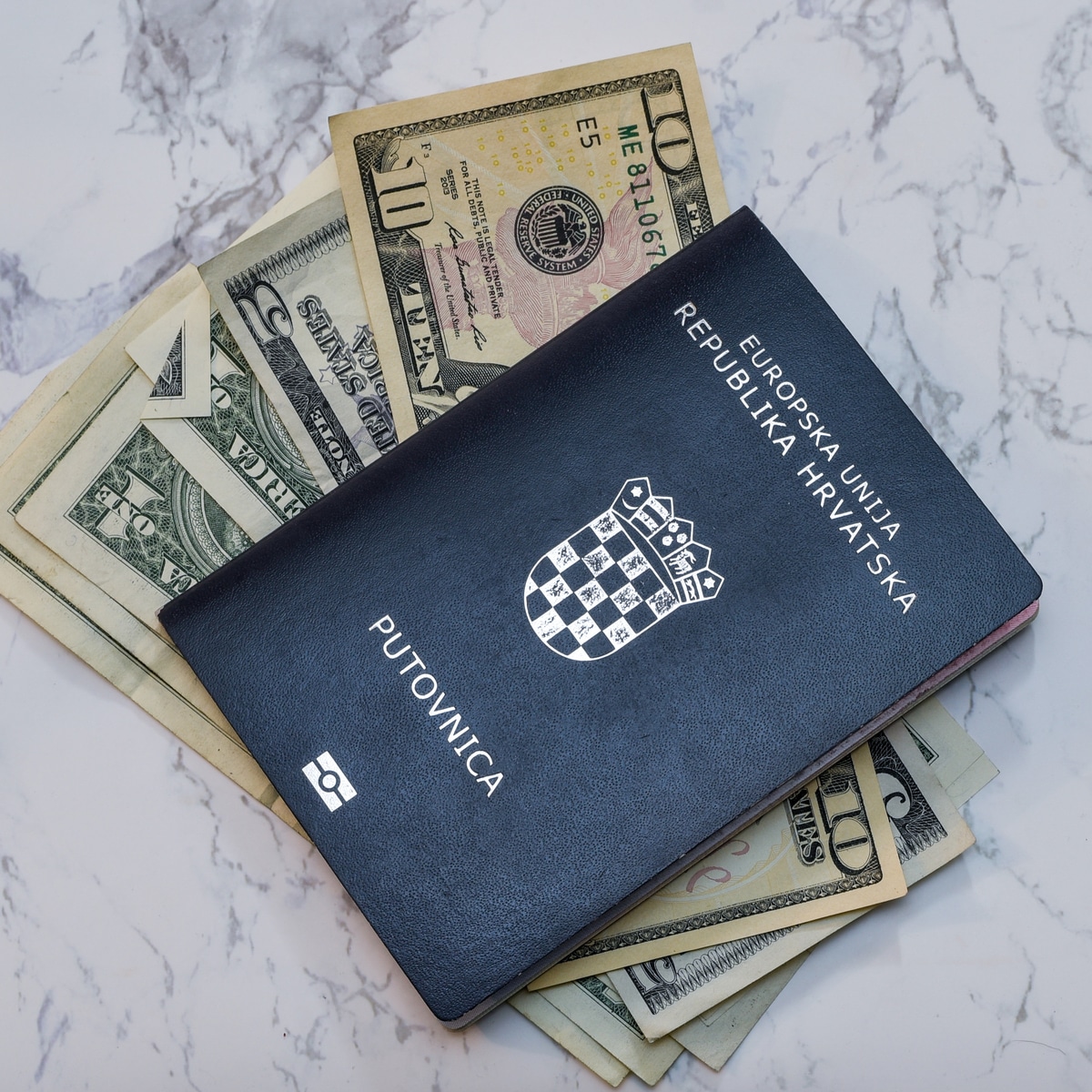 Croatia Visa Fees – Who can apply and exemptions? Use of Authorized Representative for Canada Immigration

Considering the rigorous process of applying and filling out forms for immigration to Canada, it …