To visit Egypt is more a less an exciting adventure. This article will discuss the culture, arts experience, and people in the context of visiting Egypt.

With roots in the 6th–4th millennia BCE throughout the Nile Delta, Egypt has one of the longest nation histories. Ancient Egypt, regarded as the birthplace of civilization, witnessed some of the first advancements in writing, agriculture, urbanization, organized religion, and central government.

Egypt is the 14th most populous nation in the world, with almost 100 million people.

Following the road laid out over millennia by the Greeks, Romans, Medieval pilgrims, Egyptologists, and today’s visitors, one may explore the ancient marvels of Egypt. However, it’s a fascinating nation with myth, folklore, and mystery beyond the astounding artifacts.

The Arts – when you visit Egypt

Egypt is known for its artifacts and ancient relics. We shall be looking at some of them.

#1. The Pyramids of Giza lack tension

After driving Cairo’s clogged roadways, we learn that the famous picture of the pyramids, with its backdrop of a vast desert, is a brilliant ploy. Cairo is a metropolis with a population of 22 million. Only a few steps separate the vast metropolis’ crowded high-rises and busy bazaars from the Giza Pyramids complex, which is located on the west bank of the Nile.

The grandeur of Giza, one of the Seven Wonders of the Ancient World, cannot be diminished, though. Six pyramids, beautiful burial monuments constructed for the rulers of the 4th dynasty around 4,500 years ago, may be seen at the UNESCO-designated site. This features the 480 feet (146 meters) tall Great Pyramid, which King Khufu had constructed. The Sphinx, a legendary cross between a lion and a human, is standing guard with loyalty.

#2. The Egyptian Museum of Antiquities in Cairo

After a challenging few years following the 2011 revolution and several terrorist incidents, expectations are high that the new $1 billion Grand Egyptian Museum will firmly reinstate Cairo on the tourism map. It is scheduled to open around the end of 2022. The stunning modernist glass building is being hailed as the most significant archaeological museum in the world and will have an earth-to-heaven observation platform of the pyramids.

You may enter the Royal Mummy Room with a $6 US ticket. While viewing the preserved kings and queens is a fascinating, albeit frightening, experience, it might not be for everyone. Ramses I is the “star” of the display. We are in wonder when we realize that we are staring at the (reddish) hair and teeth of a guy who inhabited the world more than 3,000 years ago because of how well-preserved his mummified bones are.

Culture – when you visit Egypt

We shall be looking at Egyptian culture from the perspective of their cuisine.

Learning about food and observing its cultural impacts are significant for thrilling travel experiences. Your taste buds are in for a feast with Egyptian cuisine since the dishes are flavorful and intriguing.

Five major traditional Egyptian food delicacies will interest you. You may find them below; we took a closer look at each category.

Several different cuisines depend heavily on bread. In addition to being a crucial component of the meal itself, it frequently acts as a tool or receptacle for the eating of food. Aish baladi and Egyptian cuisine both fall within this category.

The Egyptian pita bread equivalent is aish baladi (or eish baladi). It is entirely comprised of whole wheat flour and cooked at high temperatures. You won’t ever have to settle for stale bread in Egypt because it is cooked multiple times daily in Cairo and consumed at every meal.

Hummus is the perfect accompaniment to aish baladi if you’re seeking something scrumptious. It describes a delicious dip made from cooked, mashed chickpeas combined with tahini, garlic, cumin, and lemon juice, a Middle Eastern specialty of Egyptian cuisine.

The Arabic word for “chickpeas,” hummus, is a shortened form of the dish’s full name, ummu bi ana, which translates to “chickpeas with tahini.” Although the cuisine’s precise origins are unknown, the earliest written recipes for a dish resembling hummus may be found in cookbooks from Cairo’s 13th century.

Mombar, also known as fawaregh, is a sort of Egyptian sausage prepared from the intestines of sheep. The cuisines of Egypt and other nations in North Africa and the Middle East, including Libya, Tunisia, Algeria, and Syria, are known for using it.

A combination of ground beef, rice, garlic, onions, tomato paste, and spices is placed within sheep casings. Parsley, cilantro, cumin, coriander, and cinnamon are among the herbs and spices that are frequently used in recipes, which differ. Before being fried until they reach a lovely golden brown hue, the sausages are first boiled in water.

An Arabic dessert called qatayef (sometimes spelled katayef) is prevalent and frequently offered during Ramadan. These little Arabic pancakes have been folded over, filled with sweet cheese, and topped with various nuts.

Qatayef batter is made and then placed onto a pan to cook. The qatayef is only fried on one side, unlike western pancakes. Then, unsalted sweet cheese and a variety of nuts, including pistachios, walnuts, almonds, and hazelnuts, are added to the inside.

In Egypt, qatayef is frequently prepared at home or sold on the street. However, it is widely accessible throughout Ramadan and can be consumed either plain or drizzled with honey or simple syrup.

Experience and People – when you visit Egypt

In regards to experience and people, there are quite a several things to consider. These things can be differentiated in a Do and Don’t pattern.

Here are some of the Dos when you visit Egypt

#1. Do engage in conversation with others.

Egyptians are renowned for having a fantastic sense of humor, being friendly, and welcoming. So don’t miss out on it; it’s always an excellent opportunity for cultural interaction.

#2. When anything confuses you, don’t be afraid to inquire.

Just inquire if you’re unsure about what anything implies. The majority of Egyptians will be glad to help you.

#3. Enjoy as much of the cuisine from Egypt as you can.

Egypt has many delectable meals, and you should taste them all! No matter where you go, whether a formal restaurant or a street stall, you’ll discover delicious food freshly prepared and presented with much of the legendary Egyptian warmth.

#4. Do book a centrally located hotel.

The majority of first-time tourists to Cairo select lodging close to the Pyramids. The region around the Pyramids is relatively remote from anything, which is OK if you don’t have any plans to explore other Cairo neighborhoods. If possible, choose a more central site, such as Tahrir or Zamalek, to have easier access to the rest of the city.

Egypt is primarily an Islamic nation, and despite their tolerance, you will likely get odd looks and other unpleasantries. To enter places of worship, you might need to cover your knees and shoulders. When visiting such locations, it is a good idea for ladies to have a scarf with them. Wear anything you want without worrying if you are heading out at night to one of the upscale locations.

#6. Do use caution when showing affection in public.

One looks down on that. In some parts of Egypt, couples may not even be allowed to kiss on the cheek. Handholding and shaking hands are generally acceptable, although observant Muslims avoid physical contact by refusing to shake hands with the opposite sex.

Don’t forget to ask at least three separate individuals for directions (to be sure you have the correct information). Even if they are unfamiliar with the location, individuals will occasionally give you instructions.

Here are some Don’ts to consider when visiting Egypt

If you haven’t driven in Egypt or India before, don’t even consider hiring a car.

You’ll need a valid international driver’s license and steely nerves! Taking a bus or a cab may experience chaos from the comfort of your passenger seat.

When someone is late, try not to become upset.

Since people in Egypt tend to be rather laid back, you will have to get used to individuals being occasionally late or delayed due to traffic throughout your visit.

It’s OK for guys; however, t-shirts are recommended instead. Egypt is a predominantly Muslim nation, and even the non-Muslim population there is highly traditional. Therefore, it’s often not a good idea to wear anything too exposing. When visiting Red Sea resort areas like Sharm-El-Sheikh, Dahab, Marsa Alam, and Hurghada, this rule does not apply. Wearing this style of clothes is appropriate for specific seaside destinations.

Don’t talk with individuals who approach you in public

Follow no one who is attempting to “assist” you.

Most Egyptians are genuinely helpful, and they are friendly people. However, in some tourist destinations, some persons may claim to be taking you to specific parts of the site or promising to show you around. These guys frequently permit visitors to local places so that they may tip or steal them.

You should follow this advice wherever you go. Go out and purchase bottled water or, for environmental reasons, bring a reusable bottle with you. Remember, your health is vital. Remember that when registering to access Egypt, the health portal is very important where you fill in your information. You may visit the Egypt Health Entry Portal for more information.

Ensure you are in a proper pub, club, or private house. It is not socially acceptable to drink unless you are in a tourist region where it is customary, and in certain places, it is against the law. However, at select restaurants, you are permitted to do so. If you do drink, limit how much you consume and stay away from unfamiliar hard liquor brands. Although you could be only trying to be cordial, offering alcohol to a Muslim is impolite.

What is the culture of Egypt?

Do not be startled if individuals welcome you to their homes and demand that you accept the offer since Egyptians are hospitable, open to different cultures, and recognized for their friendliness. In addition, Egyptians like lending a hand to others.

Why do tourists travel to Egypt?

Despite its reputation for ancient artifacts and lengthy history, Egypt has more to offer than you may think. Egypt should be on your travel itinerary due to its astounding natural beauty, which includes everything from its enchanted waters and golden beaches to its spectacular architecture and traditional medical practices. Here are some main justifications for making Egypt your next travel destination.

What was the culture of ancient Egypt?

The Egyptians viewed home and family as the primary enjoyment sources and thought joy and contentment were valid life objectives. This idea led to the highest status for women in Egypt compared to all other ancient cultures.

In conclusion, this article must have given a clear picture and understanding of Egypt and, of course, the primary communication sentences in local languages. If you are also considering immigrating to Canada from Egypt, How To Immigrate To Canada From Egypt will give you detailed information.

Share
Previous Central African Republic Visa Requirements – Who and How to apply
Next Visit Uganda – Top 15 most see arts, food, culture, and places 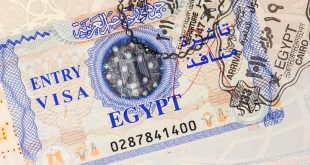