Do you have plans to visit Indonesia? Then, there is some exciting news for you! But, first, get a visa for Indonesia so you may have the most bizarre experience possible.

The natural beauties that Indonesia represents; provide you with a specific sense after a tourist visit. The beautiful cities of Indonesia offer you a blend of culture and biodiversity blended with spine-chilling adventures, whether you need some alone time, want to travel somewhere very beautiful, or want to experience an adventure. From the wild and extravagant biodiversity to the pristine beaches, from islands serenaded with exotic water villas to vibrantly multicultural people.

This article has a list of the best collections. Read through to pick out a list of places to tour on your arrival in Indonesia.

When you visit Indonesia, Bangka Island should be on your list of top-notch places to see. There are multiple reasons for the feeling. First, the Bangka island is beautiful, simply blissful, and lies to the east of Sumatra, Indonesia. The Bangka Strait separates the islands.

To the north lies the South China Sea, across the Gaspar Strait, located east of the Island is the Island of Belitung, and along its southern side is the Java Sea.

Furthermore, the best time to visit Bangka Island is February through May.

Another natural wonder to behold when you visit Indonesia is Lake Toba. This Indonesian lake, which sits in the Barisan Mountains, covers a landmass of 1,140 square kilometers. The lake, which was believed to exist as a result of a catastrophic volcano about 77,000 years ago, comprises both bodies of water and a supervolcano.

You can go swimming, fishing, diving, water skiing, or canoeing in this lake. However, it is important to take note of the lake’s depth, about 450 meters deep. If you cannot do any of the abovementioned activities, you are advised to stick to wandering the land areas surrounding the lake on foot or by bike.

The Komodo National Park is located in the Nusa Tenggara region of Indonesia. When you visit Indonesia without touring this park, you have missed the opportunity of seeing the world’s dinosaur-reminiscent creature, the Komodo dragon.

Made up of three main Islands – Komodo, Padar, and Rinca, the park, together with a collection of smaller islets, protects the world’s largest living lizard.

But while the Komodo dragons reptiles came off as the most spectacular terrestrial animal inhabiting the back, the species encompassing the marine shouldn’t be overlooked. The park protects and preserves the Coral Triangle, which is home to over 250 species of coral. The park also protects the plethora of sea sponges and unusual bony fishes.

This province of Indonesia, on the westernmost side of the Lesser Sunda Island, is another spectacular place to tour when you visit Indonesia.

Bali is mostly known for being deeply rooted in spirituality, and so the name, ‘Island of the Gods’. Its laid-back atmosphere is a major contributing factor that has attracted backpackers, yogis, and surfers for years. The largest Hindu temples can be found in Bali, particularly in Ubud, Bali’s spiritual capital.

Bali province comprises the Island of Bali and small neighboring Islands; Nusa Ceningan, Musa Lembongan, and Nusa Penida. It is a mountainous region, essentially an extension of the central mountain chain in Java.

The monkey forest is close to a small village, Padangtegal, and contains the temple: Pura Dalem Agung Padangtegal temple, a “Holy Spring ” bathing temple, and another temple used for cremation ceremonies.

Mount Bromo is a part of the Bromo Tengger Semeru mountains in East Java, Indonesia. This mountain covers a land mass of about 800 square kilometers. Although not among the tallest mountains in Indonesia, the incredible setting of the mountain made it stand out from all others.

The Top of this mountain forms a crater. The crater, at intervals, emits white smoke. Mount Bromo is also known as Gunung Bromo. It is also located in the middle of a plain called the “sea of sand.”

Suggested:  Indonesia Retirement Visa: Steps on how to apply for it

The Bromo Tengger Semeru National Park, Luhur Poten Temple, and Lautan Pasir Bromo are some of the tourist attractions in this region.

Mount Gunung Rinjani is the second highest volcano out of all 130 volcanoes in Indonesia. But, Mount Kerinci tops it on Sumatra.

This mountain holds a lot of spectacular features that make it a pleasant sight to behold when tourists visit Indonesia. Although an active volcano on mount Lombok, Segara Anam, also known as a Crater lake, dominates the hilly landscape of Mount Rinjani.

As one of the best places to visit in Indonesia, the mountain has places that tourists usually visit on their tour. These places include; Rinjani Samalas Tour and Trekking, Gunung Rinjani National Park Office, and the Senaru Crater Rim.

Besides the serene yet daring beauty that the volcano encompasses, Mount Rinjani is also good for hiking. However, the treacherous paths of the mountain make it something that casual travelers or novices cannot tread. Therefore, climbing the mountain should be done in groups and not alone. If you want to visit the mount, consider doing it between April and July.

If you want to explore rare Coral species, you must visit Raja Ampat Island in Indonesia. The Raja Ampat means four kings. This archipelago comprises four major Islands: Waigeo, Misool, Salawati, and Batanta. It also has about 1500 minor Islands besides the four major Islands. These Islands, some of which are forested together with the backdrop of steep, small mushroom-looking-like atolls, sizzling beaches, and shining turquoise water, make the Island attractive and aesthetically pleasing to tourists.

Furthermore, Raja Ampat Island is also famous for tourism because of the rich marine flora and fauna diversity together with the underwater coral reef encompassing the Island. Underwater diving, Snorkelling, relishing nature, and Kayaking are some of the outdoor activities that can be done on the Island. Also, the Game, Misool, Dampier Strait, and Kri are some of its beautiful attractions.

Visiting the Tanjung Putting National Park in Indonesia, you will discover the Orangutans. This park is where some of the last Orangutans are found and is so celebrated for protecting these endangered species.

This park which houses different varieties of wild lowland habitats on a peninsula overlooking the Java sea, is located in the jungles of Borneo. Besides the Orangutans, the odd-nosed probosci’s monkey, the vulnerable clouded leopard, and over 200 species of birds can be spotted in the park.

The Tana Toraja, located in the South Sulawesi province, has a diverse Indonesia’s long-standing culture. The architecture of structures in the region is exceptional and makes the region standout amongst other country tourist attractions. Also, the people who inhabit Tana Toraja make it so special.

Apart from their friendliness and welcoming spirits, one of the spectacular things about the region’s people is their approach to death. The approach is more reverence and celebration where there are dances and lots of food, and their dead are buried in graves built into surrounding caves.

Which are the most beautiful places to see when you visit Indonesia?

There are a lot of beautiful places to see when you visit Indonesia. The Bangka island, Lake Toba, Komodo National Park, Sacred Monkey Forest, Mount Bromo, Mount Rinjani, Raja Ampat island, Tanjung Putting National Park, and Tana Toraja are just some of the places you can visit, among many others. However, you may also need to read about the Indonesia visa requirements and its applications. This is because you can not witness these beautiful places if you do not have an Indonesian visa.

What is the most peculiar thing about Indonesia?

This Southeastern Asian country, Indonesia, has notable landforms, exquisite landscapes, and Vibrant culture together with the most welcoming people. These characteristics made Indonesia the most fantastic place for vacation and tourism.

Also, Indonesia has tremendous volcanic islands, which contributes to its peculiarity. Some of these volcanic islands are still active, so you should adhere to preventive measures stipulated by the government when you visit.

What is the official language in Indonesia?

The official language in Indonesia is Indonesian, locally known as Bahasa Indonesia. This language has so many things in common with the other Malay dialects. The people of Indonesia also speak the English language. However, the natives of these places where the tourist attractions rarely speak English.

Can I extend my Indonesia tourist visa?

Indonesia, made of nearly 13,500 islands under its jurisdiction, offers immeasurable adventure and tour experiences for everyone who wishes to explore its natural biodiversity. There is so much to see and explore. So why not pick an Indonesia tourist visa today for an adventure of a lifetime?

Share
Previous Israel Visa – Application, Requirements, Fees, and Types
Next How to apply for a Kazakhstan Family Reunification Visa Indonesia Retirement Visa: Steps on how to apply for it 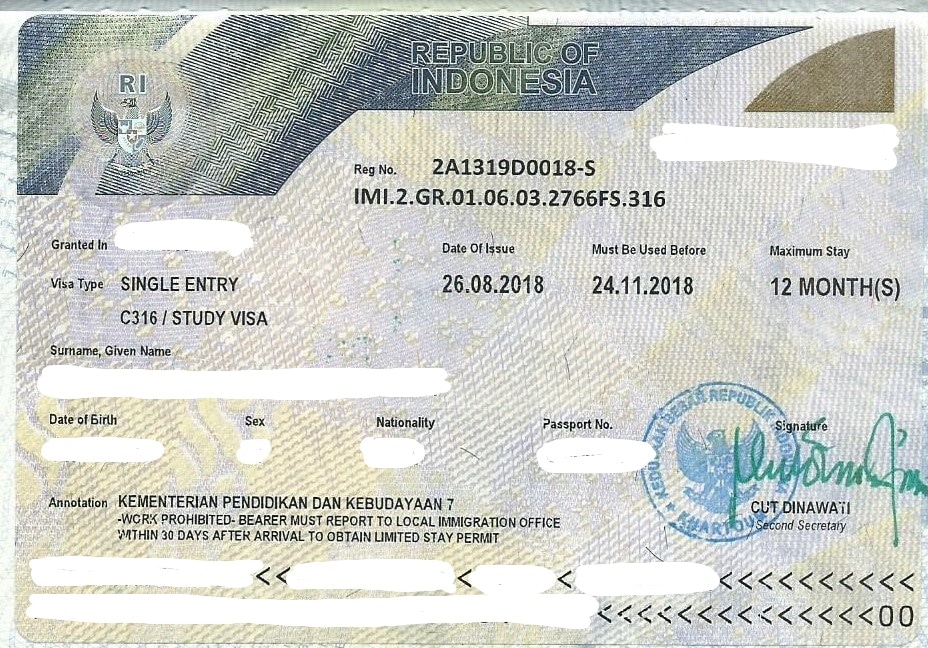 Steps on how to apply for an Indonesia Limited Stay Visa 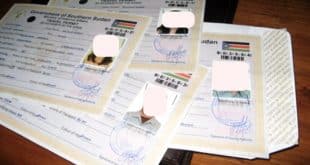 Do you know that the South Sudan visa requirements are relatively simple? Yes, they are! …