If you plan to visit Somalia, you may wonder what fun things you can partake in when you get there. Whether it is a vacation or a business trip, the odds are you will want to relax after a while. Hence, we have some top places and foods to consider visiting or trying out while in Somalia.

Somalia is a lovely country in southeast Africa with several beaches and other coastal attractions. The country, often known as the Horn of Africa, has a historic harbor with striking medieval architecture that served as a hub for the trade of priceless cultural artifacts. Before the soldiers of the African Union Mission in Somalia interfered, there was a civil war in Somalia for many years. Since then, the nation has recovered and prospered slowly, dramatically increasing domestic and foreign travel.

But because of armed war, there is still a persistent threat from terrorism, kidnapping, and extremely high crime rates. Therefore, you should put off your travel plans until the nation experiences some measure of peace again. Nevertheless, there are a lot of fascinating places for you to see and experience in Somalia if you decide to go anyway. Therefore, in this article, we will go through the best places to see when you visit Somalia.

Since Somalia is the easternmost nation in Africa, the region is often referred to as the horn of Africa. Mogadishu, the nation’s capital, is on the Indian Ocean just north of the equator. Mogadishu University is one of the top-rated universities in East Africa. The nation has extremely diverse weather, with thornbush savanna and semiarid regions typically dry and hot. In 1960, the Republic of Somalia was created by the union of a former Italian colony and a British protectorate. A de facto administration declared Somaliland to be an independent republic in 1991. However, the United Nations and numerous others do not recognize the nation as an independent state.

The infrastructure and economy of Somalia are practically wrecked owing to years of civil war, which also divided the nation into regions. Different groups now govern these regions. In addition, there have recently been bombs, airstrikes, air raids, kidnappings, and terrorist acts in the nation.

Top 10 Places to Visit in Somalia

Even though the country is known for civil strife, it still has beautiful landmarks and beaches for tourists to explore.

One of the most stunning locations in Somalia is Aibat island, especially if you appreciate historic buildings. There are various locations to explore on the island, from unspoiled marine life to rocks surrounded by mangroves. White marble was used in the architecture of medieval buildings, which makes for stunning nighttime photographs.

The seas surrounding the Aibat island, a part of the Zeila archipelago, are teeming with incredible marine life. Also flying around the sky are innumerable species of intriguing birds. The island’s sparse population of 2,587 people will allow you to enjoy not just the island’s beauty and kindness but also the local populace.

In terms of size and population, Bardera is Somalia’s second-largest city. Due to its advantageous position, it is a well-liked tourist site in Somalia. The city is situated in the stunning Jubba Valley, which spans most of east Africa and is home to numerous farming regions. The river banks are lined with lovely palm trees.

Visitors can take in the lush scenery and sample the dairy and leather goods produced locally. There are numerous beautiful places in the area, notably the university town of Gedo. The University of Gedo and the Bardera Polytechnic, two of the first universities in the area, are nearby and open to tourists.

Despite not having a designated airport, travelers can still go to Bardera by flying to Aden Adde International Airport, the country’s main airport.

#3. Tomb of the Unknown Soldiers

One of the top tourist destinations in Somalia is the tomb of the Unknown Soldier. The memorial was built in memory of the unidentified Somali soldiers who gave their lives in the line of duty. It is a noteworthy landmark in Mogadishu, Somalia’s capital. The country’s flag and a sizable pillar are displayed on the tomb, which lies in the middle of the capital city.

#4. Visit the Mogadishu Cathedral in Somalia

The Mogadishu cathedral appears somewhat out of place in an Islamic nation like Somalia. The Italian colonialists constructed the Roman Catholic cathedral in 1928. Before being attacked in 1990, it functioned as the administrative center for the Mogadiscio Roman Catholic Diocese. In 2013, the cathedral operated as a refugee camp for internally displaced people. But work on rebuilding the cathedral began in 2017. The church is currently a popular tourist destination with historical significance.

Another place you should visit while in Somalia is Bosaso. Treasure hunts are a well-known activity in the city. To see the city’s mosques and national parks, Bosaso is best visited during the day. You can also put on your sunglasses and stroll through the charming markets in Bosaso to find cheap souvenirs and artifacts.

In addition, you can visit museums and galleries and snap some gorgeous images there. You may spend the night with town residents, whether in local pubs or clubs; Bosaso boasts a vibrant nightlife. Bosaso also features a few coffee shops and a lot of excellent Somali eateries serving traditional dishes.

Iskushuban is located in northern Somalia and has a lot to offer visitors. Visitors can explore the lakes, caverns, and archaeological sites there. Seasonal waterfalls are also available for guests to enjoy water sports. South of the Gobolka Bari is where the city is situated. There are several attractive hiking locations in the nearby area. If you enjoy shooting photos, this is the ideal location to capture the beauty of the surrounding natural scenery. Iskushuban is the spot to go if you’re also captivated by history because there are always exciting things to see and do there.

Even if you are not interested in purchasing cattle, the livestock market is an excellent destination for tourists to experience the local market and traders. The traders are pleasant and funny as they try to attract you with their wares. They are also fine with taking pictures of the animals. You may see folks milking the animals on the sideline for delicious yogurt and milk.

When you visit Somalia, check out the Shanghai Old City. It lies in the center of Mogadishu and features distinctive Chinese-style architecture. It is another place visitors to the city must see.

On the white sand beaches of the Indian Ocean, the eerie remains of Shanghai’s ancient city stand as a monument to the beautiful past. The elaborate carvings on the doors, windows, and concealed nooks can be seen as you meander through the small corridors. Eat some food and take in the ocean view at one of the eateries along the shore. Weekends bring a flurry of activity as locals flock to the warm sea to swim.

Sa’ad ad-Din island, a famous cultural park, is located in Somalia. This island is one of the most isolated places on the planet. Yet, it is a breathtaking sight with its bright blue ocean, coral beaches, jagged cliffs of sandstone rock, and brightly colored sea creatures.

It is the perfect location for tourists looking for a natural setting and bears the name of the late Somali Sultan Sa’ad ad-Dinah.

Families or couples can unwind in this tropical paradise. It is conveniently accessible by boat and has a lengthy history dating back to the Paleolithic era.

When the sea is at its lowest during the dry season, Zeila is at its most attractive. Visitors may go swimming in the warm seas and see different types of marine life, such as whales and dolphins. You can also climb the mountain range, which offers the region’s best views.

Visitors to Zeila may explore the region’s surroundings, including islands perfect for diving and snorkeling.

Top 7 Somalian Foods to Try Out When You Visit Somalia

Here are some dishes you want to try out when you visit Somalia;

Do you need a Visa to Visit Somalia?

All trips to Somalia, including those to Somaliland, require a visa. A single entry, one-month visa on arrival is available at the Mogadishu International Airport for US$60 in cash. In addition, you may need to present a letter of invitation that explains your itinerary when you arrive in Somalia.

#1. Where is the safest place in Somalia?

The safest cities in Somalia are Las Anod and Hargeisa. They are the most welcoming places in Somalia to tourists and are fairly heavily guarded. So instead of visiting the southern cities of Somalia, it is preferable to travel to Somaliland or maybe Puntland.

The most visited beach in Somalia is, without a doubt Lido Beach. It looks out over the vast Somali Sea and is situated in Mogadishu, the capital of Somalia.

People are often highly outgoing, kind, and sincere. After getting to know someone, Somalis are often willing to share their lives and homes with them and lend a hand when they need it.

#4. What kind of food can I eat when I visit Somalia?

According to a local grocer, most Somalis consume meat, rice, and pasta. Fish isn’t a prevalent food. However, vegetables are frequently included in a meat meal as a side dish, like in stews made with beef, potatoes, carrots, and peas.

#5. What is Somalia famous for?

The pirates that harass the significant commerce seas surrounding the Horn of Africa are widely known to be from Somalia.

Somalia has a long and rich history and its varied and beautiful scenery. There are also numerous culturally significant historical places to visit. So, you may spend your vacation in this growing African country. You’ll be happy that you did. However, to prevent any unfortunate events, be careful to research the security situation in the country before visiting. 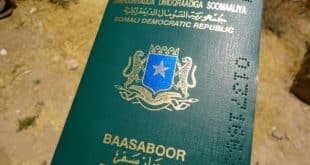 Are you an Icelander wishing to sail to the Great White North? Then, of course, …