If you are planning to visit or travel to Venezuela? then this article is for you.

Venezuela has a rich culture, beautiful landscapes, friendly people, and delicious food. It is also one of South America’s most overlooked countries. Nevertheless, it has been ranked as the best place for tourists by Lonely Planet (2017).

This article will show you what to know before visiting Venezuela. We have organized all information from different sources to help you plan your stay.

After reading our recommendations, we hope you will be ready to book your flight tickets and start exploring Venezuelan nature!

What do I need to travel to Venezuela?

To make sure you are prepared for your trip, here are some things you will need:

Passport: To enter Venezuela, you must have a valid passport.

How to get there?

There are many ways to reach Venezuela. The cheapest way is through Caracas International Airport (CCU), located in Maiquetía, about 30 km south of Caracas.

The best time to go to Venezuela is between April and October. This is because you will have less rain during this period than the rest of the year.

Venezuela has an average temperature of 25°C throughout the year. In summer, it can be up to 35°C, while in winter, it can drop below 10°C.

Venezuela has three main climatic regions: coastal, mountain, and plains. The coast is warm and humid all year round, but the mountains experience cold and dry weather. The plains are located in the central part of the country and are boiling and humid.

What are the travel restrictions for Venezuela?

Venezuela has become synonymous with political turmoil and economic collapse. The country’s economy has shrunk by over 50% since 2015, and inflation is expected to reach 1000%. So what should you expect when visiting Venezuela?

Venezuelans are living through their worst crisis ever. After years of mismanagement, hyperinflation, and corruption, the country is facing its biggest humanitarian crisis. The situation is dire, and millions of Venezuelans are fleeing the country.

Venezuela is a beautiful country, rich in culture and natural beauty. If you plan to travel to Venezuela, consider some things before going.

Venezuela is a beautiful country with lots of nature reserves and national parks. You should plan your trip to see some of them. Here we’ve listed the top 5 places to visit in Venezuela.

It is said that the name of the falls comes from the legend of a young girl who fell from a cliff and died. Another version says that her father saw the angel falling, giving his daughter this name.

Angel Falls is the world’s tallest waterfall at 2,818 meters or 9,300 feet above sea level. Its height makes it the third-highest waterfall in the world, behind only Mount Everest (29,029 ft) and Victoria Peak (2,755 m).

American explorer Henry Rowe Schoolcraft made the first recorded sighting of the waterfall on November 4, 1879. He described it as “the greatest sight I ever witnessed in my life.”

On July 1, 1902, the Venezuelan government established the park and declared it a protected area.

Islands are home to numerous kinds of species of reptiles, birds, fish, crustaceans, mammals, and plants.

There are over 500 bird species living here, including frigatebirds, boobies, gulls, terns, pelicans, and many others.

Los Roques archipelago is an island group in Venezuela, lying between the states of Aragua and Monagas. The archipelago consists of two sizable islands and several smaller ones. The larger islands are Los Roques Grande and Chichiriviche. A narrow channel separates them.

Los Roques archipelago has been designated a UNESCO World Heritage Site because of its unique biodiversity. It contains more than 400 plant species, 200 animal species, and more than 100 bird species.

Henri Pittier is a national park located in the state of Barinas, Venezuela. It is named after French botanist Henri Pittier.

Pittier is famous for its diverse flora and fauna. More than 600 different types of trees can be found there. Some include mahogany, caribou, guayule, rubber tree, and many others.

El Morro de Guárico is a national park in Venezuela. It is located in the eastern part of the country, near the border with Colombia.

This park protects one of South America’s most extensive remaining tracts of tropical dry forest.

La Frontera is a biological reserve in Venezuela. It is located in the Andean foothills of the western slopes of the Cordillera Occidental Mountain range.

This reserve is renowned for its rich diversity of wildlife. It is also home to various endemic species such as the hoatzins, quetzals, trogons, toucans, and hummingbirds.

Pico Espejo is a biosphere reserve in Venezuela. It lies at an altitude of 2,500 meters above sea level.

The reserve is located in the central-western region of the country. It is bordered by the municipalities of San Felipe del Rio, Puerto Cabello, and Maturín.

The delta macro is a natural reserve in Venezuela. It was established on July 1, 1992.

It covers an area of approximately 4,100 km2 and extends along both rivers, Amacuro.

Rio Negro is a state forest in Venezuela. It is situated in the northern part of the country, bordering Brazil.

The forest is bounded by the municipalities of Coro, Guanare, and Portuguesa.

Isla Margarita is an island in Venezuela. It is the second largest island in the Caribbean Sea.

Lago de Maracaibo is the largest lake in Venezuela. Located in Zulia state, it covers an area of about 50 square kilometers.

Lake Maracaibo is the second largest freshwater lake in the world. It is located in northwestern Venezuela, near the city of Valencia.

Laguna Yurumanguis is a saltwater lagoon in Venezuela. It is surrounded by mountains that reach heights of up to 3,000 feet.

Orinoco River is arguably the longest river in Venezuela. It flows through the Amazon rainforest.

Canaima is a national park in Venezuela. It is located in Bolivar state, on the border with Guyana.

Cuyuni-Mazarunis a national park in Venezuela, covering an area of over 5,000 square kilometres.

The Sierra Nevada de Santa Marta is a national park located in the Colombian department of Magdalena.

Parque Nacional Arrecefice Alios is a marine protected area off the coast of Venezuela.

Parque Nacional de la Costa Azul is a national park in the Venezuelan state of Falcón.

Arrayanes is a national park in Barinas, Venezuela. It is named after the arrayán tree (Aniba), which grows abundantly there.

Suggested:  Guide on how to apply for a Venezuela Short Term Visa

Las Penas is a national park in Venezuela. It is one of the oldest parks in the country.

Turquino is a national park in Carabobo state, Venezuela.

Montana de Fierro is a national park in Miranda, Venezuela.

Volcano is a national park in Tachira, Venezuela.

How to obtain a Venezuela visa

Venezuela has become a major tourist destination over the last decade. The country offers visitors various attractions, from its rich cultural heritage to its beautiful beaches. If you want to travel to Venezuela, you should get a VISA.

Venezuela is a South American nation located between Colombia and Guyana. It has a population of approximately thirty million residents. This makes it the largest Latin American economy. In addition to being a wonderful place to visit, Venezuela offers tourists some of the lowest prices for flights and accommodation.

There are two types of visas that you can apply for: Tourist or transit. Both require you to pay a fee and provide evidence of financial stability. A residence permit is required for those who plan to stay longer than three months. You may be asked to pay an extra fee for this document. Make sure to bring all your documents with you.

When applying for a Venezuela VISA, the most important thing is to make sure you have enough money to support yourself while in Venezuela. We recommend taking out a separate bank account just for your trip to avoid any problems.

You must complete a “Declaration of Intent” (Carta de Intención). This will be checked by immigration before they issue your passport.

You will be sent a confirmation number once your application has been processed. However, you will not be able to leave until you receive your passport back from Venezuelan authorities.

If you do not have a valid passport, you can request one at the embassy in Bogota.

You have up to 90 days to decide whether to extend your stay. After that, there are no limitations on how long tourists can stay. However, a residence permit is required if you want to work or study in Venezuela.

Do I need a visa to travel to Venezuela?

Yes, you will need a visa to travel to Venezuela.

Yes, tourists can enter Venezuela if they have a valid passport and visa.

How much money do I need to travel to Venezuela?

Generally speaking, you will need around $600-$1,200 to travel to Venezuela, depending on the length of your trip and what you plan to do there. This includes money for food, transportation, and accommodation.

Is Venezuela expensive for tourists?

Yes, Venezuela is expensive for tourists. However, you can do a few things to make the experience more affordable. For example, when prices are lower, you can visit popular tourist destinations during off-peak hours. Additionally, you can use online travel agencies to find deals on hotels and other attractions.

Venezuela is a fantastic place to visit! It offers everything you could want on vacation. From beautiful beaches to exciting cities, there’s something here for everyone. We hope that you enjoy our recommendations about visiting Venezuela.

Share
Previous Guyana Employment Visa – How to apply, Documentation and Fees
Next Antigua and Barbuda Transit Visa – Application and Duration Guide on how to apply for a Venezuela Short Term Visa 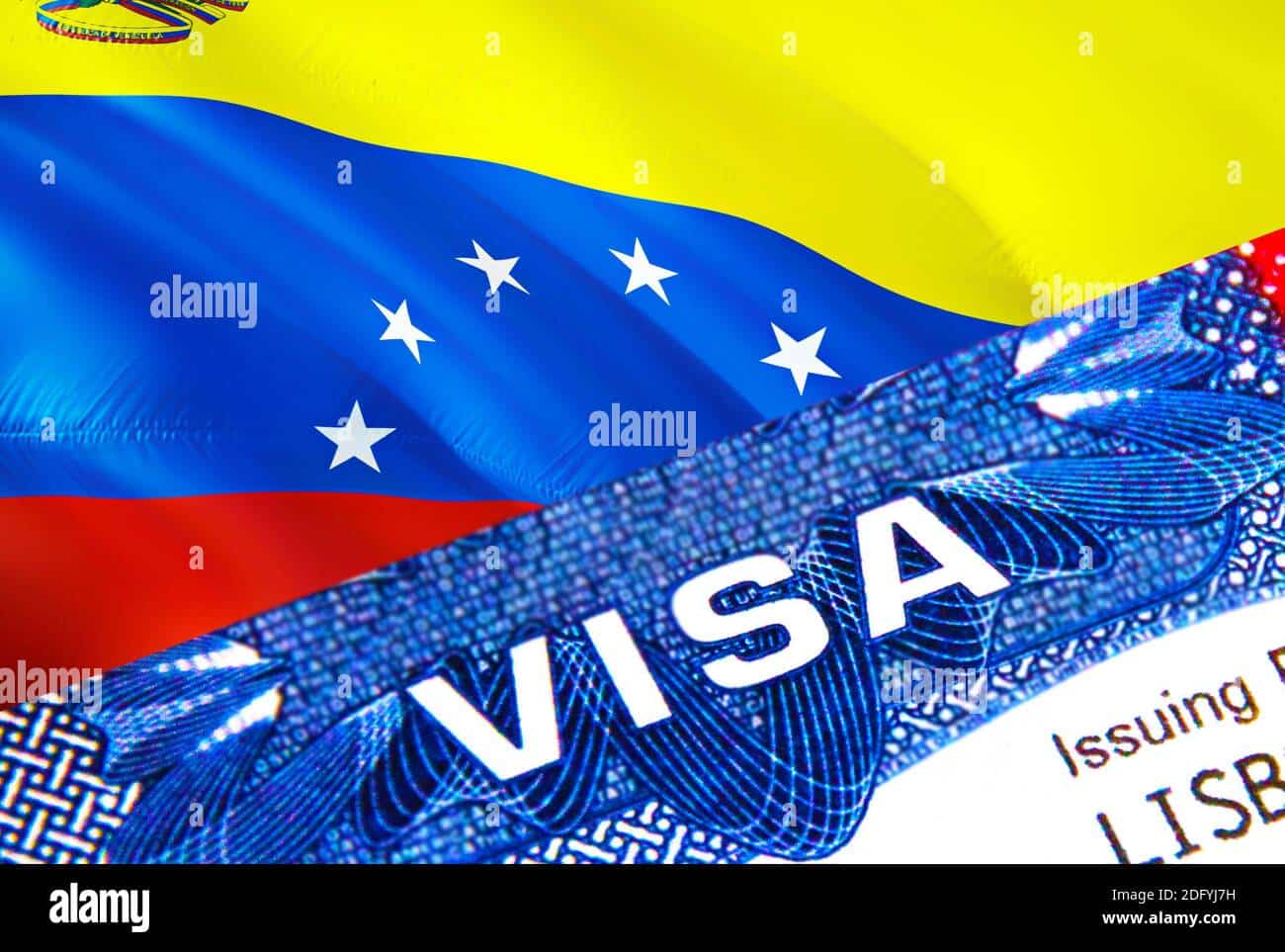